The run takes place on land where a small band of Modoc Indians led by a man known as Captain Jack (Kintpuash) made a six-month-long stand against U.S. Government forces through the winter of 1872–73. The Modocs had been living on a reservation in southern Oregon, but conditions there deteriorated and they returned to their homeland on the Lost River near the California-Oregon border. When federal troops attempted to push them back to the reservation, and the Modocs refused, war erupted. A group of about sixty Modoc men and their families retreated to their traditional site of refuge in the lava beds, which became the scene of a series of battles, nearly all of which the Modocs won, despite being outnumbered and out-gunned, by using the landscape to their advantage.

This 1873 stereograph by Eadweard Muybridge (1830–1904) of the lava beds at Tule Lake on the California-Oregon border shows the topography that was home to a small band of Modoc Indians during the Modoc War—the only major U.S./Indian conflict in present-day California.

For contemporary Modocs, and for descendants of other tribes, the protracted confrontation in the lava beds stands today as a potent example of Indian resistance to the forces of colonization. It is also a powerful symbol of the resilience of their people. The Modoc Ancestral Run honors the bravery and fortitude of those who fought in the Modoc War, and the generations that suffered in its aftermath, but it is also speaks to the vitality of native people today. 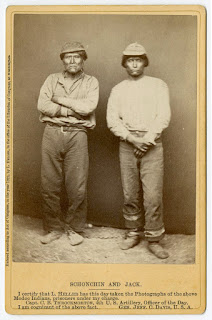 Louis H. Heller, Schonchin and Jack, 1873
California Historical Society
The portraits of imprisoned Modoc warriors by Louis H. Heller (1839–1928)—the first photographer to arrive at the lava beds—were originally published as engravings in Harper’s Weekly in June 1873 as engravings based on his photographs.

Participants will spend the weekend camping at nearby Indian Wells Campground. The run itself will begin Saturday at sunrise and continue through the day. For many of the participants—including tribal elders as well as young children—the weekend spent in the elements and the long relay through the unforgiving terrain of the lava beds will be arduous. This test of endurance will be a sacrifice, but one that connects participants to both the past and to one another. 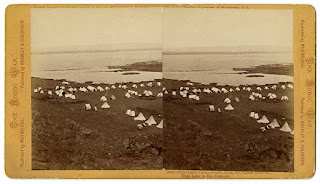 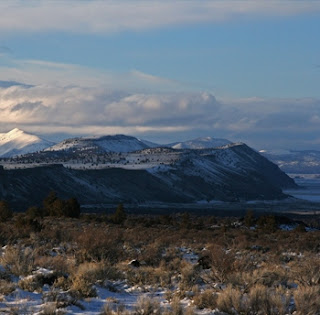 (Below) Ed Drew, Charlene, 2014
Courtesy of the artist 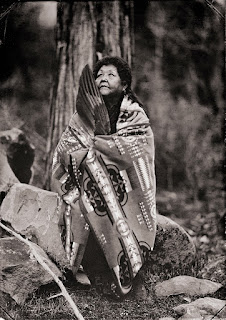 Read more about the Modocs and the Modoc War

Now on View at the California Historical Society

Native Portraits: Contemporary Tintypes by Ed Drew features portraits of members of the Klamath, Modoc, and Pit River Paiute tribes, some of them descendants of Modoc War survivors. A selection of Modoc War images by Eadweard J. Muybridge and Louis H. Heller from the California Historical Society collection are some of the objects displayed in Sensationalist Portrayal of the Modoc War, 1872–73.