Today we feature typefaces from a local foundry, the Franciscan Press, once located at 500 Sansome Street. 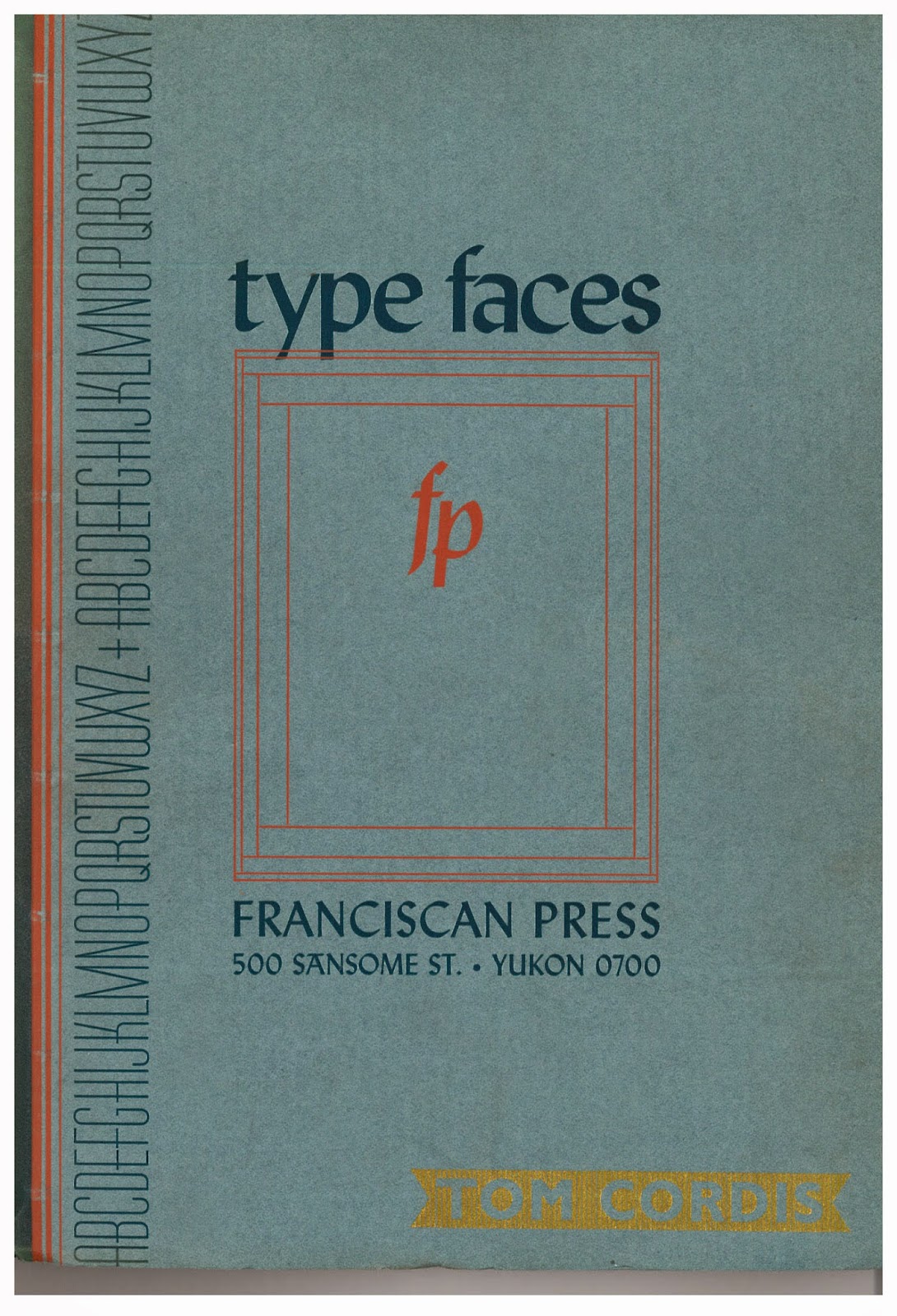 An undated announcement of the opening of the firm reported the partnership of Lynn Hagemann and C. Raymond Beran - "who has contributed to the present generation many examples of good taste in typography." Beran started his printing career at the turn of the century, designing type for Denver mining companies. He favored a decorative typography style, which he brought to San Francisco with the opening of the Johnck, Beran and & Kibbee foundry in 1920.


Jaime Henderson,
Archivist
at Tuesday, September 30, 2014 No comments:
Email ThisBlogThis!Share to TwitterShare to FacebookShare to Pinterest

Gold Rush correspondence—Part 2: the begging for a letter letter

One of the most common themes in Gold Rush correspondence is loneliness, often expressed as a plea for more letters—or any letters—from home. Sometimes forlorn, sometimes passive aggressive, sometimes jocular, the tone of these letters varies, but the undercurrent of desperation remains the same. In this way, the genres of Gold Rush and prison literature overlap.

The letter below, written by John Tabor Alsap to his cousin, is a classic and very funny specimen of the “why hasn’t anyone sent me a letter” genre. Recently cataloged, its introductory paragraph made me laugh out loud. (The rest of the letter is pretty good, too.)

I received your very welcome letter two days ago, and was truly glad to find that all my relatives had not forgotten my unworthy self. You will not believe it perhaps when I tell you, that out of the very large number of relations with whom I claim kindred I have not received a letter from any one of them for over two years. Indeed I had begun to think that I had no more relations and that I should be under the disagreeable necessity of marrying for new ones. But your kind letter has dispelled the unpleasant illusion and “Richard is himself again.” 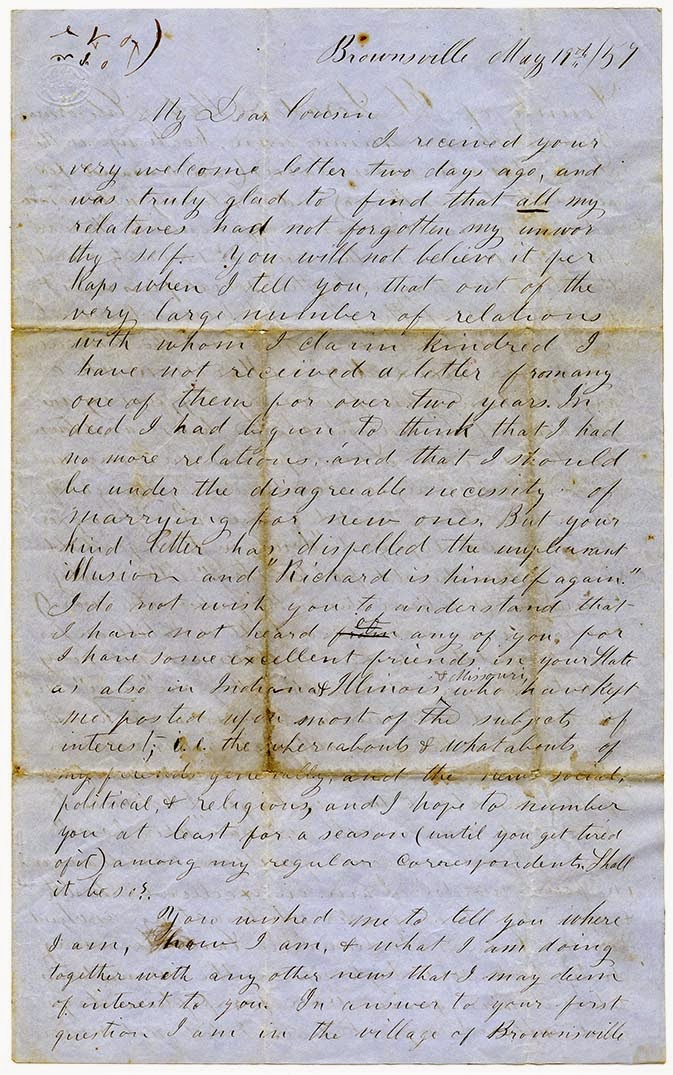 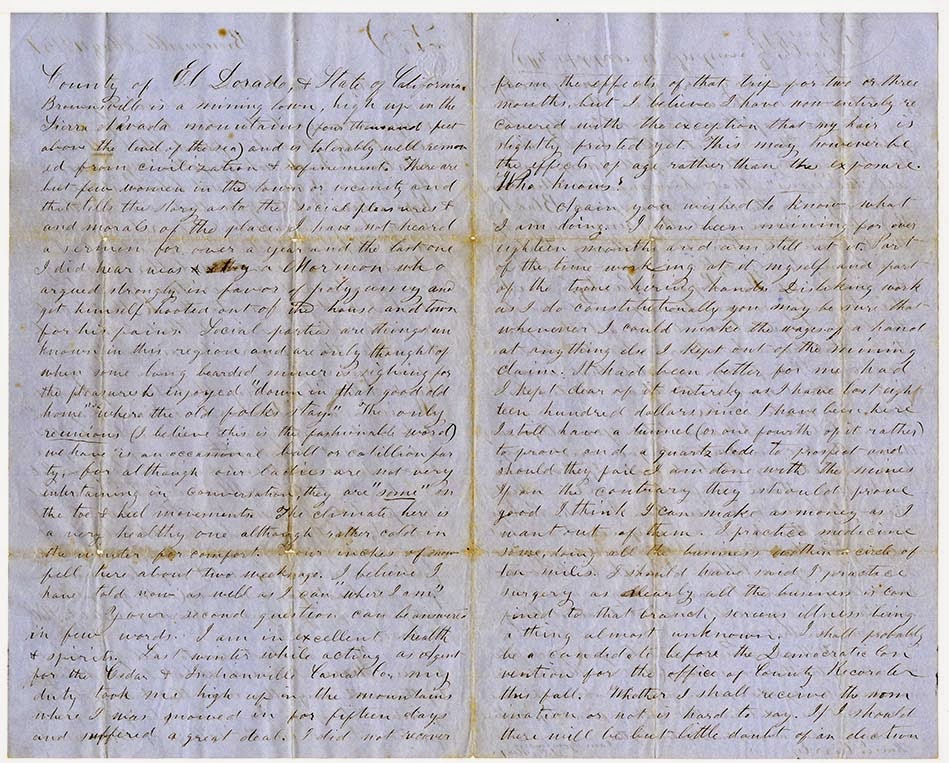 at Monday, September 29, 2014 No comments:
Email ThisBlogThis!Share to TwitterShare to FacebookShare to Pinterest

Today we feature more gems from the Kemble periodical collection. A hidden treasure of graphic design magazines, including international titles dating back to the early 20th century, are awaiting your perusal in the CHS library.  Take a look at the highly stylized covers of Graphicka Revija, published between 1927 and 1932.

Jaime Henderson,
Archivist
at Tuesday, September 23, 2014 No comments:
Email ThisBlogThis!Share to TwitterShare to FacebookShare to Pinterest

Manuscript Monday—Gold Rush correspondence, Part I: “Paths are seen like pieces of thread curling around the hills…”


Gold Rush letters have been on my mind, ever since CHS’ cataloger Will Murdoch (also of the San Francisco Public Library’s History Center) threw down the gauntlet, declaring that he had found the greatest Gold Rush letter ever written, in the public library’s collection. Brimming with wit, pathos, and sublimity, these letters, written by ordinary people to their families back home, represent some of the best literature produced in California. For the next few weeks, Manuscript Monday will feature a Gold Rush letter (or two) from the CHS collection, in honor of this surprising, delightful, and disturbing genre.

The fairy-tale-like juxtaposition of whimsical and disturbing imagery can be found in many Gold Rush letters. Perhaps Dame Shirley was the master of this technique, which was also deployed by artists in the many pictorial lettersheets of the period. One of the most memorable juxtapositions, however, comes from the manuscript letters of William Hubert Burgess, a gold miner, jeweler, artist, and teacher. I cannot forget the image of his tent glowing at night, decorated with scrolls and flowers, followed, somewhat incongruously as in a dream, by an account of a man’s murder:

The tent in which I carry on business now is an object of curiosity to many on Mokelumne Hill. I have drawn all over it in a bold style scrolls and flowers with charcoal. It shows up well at night, the ground being white canvas. Society is of the most degraded condition here. There have been no less than seven murders since I have been on the hill, one last night (Sunday). You need not be alarmed on my account as they all occur among a class of people with whom I have no intercourse; they are mostly drunken brawls. I saw one poor wretch (a Mexican) lying dead with two bullet holes through his heart a week or so since.

Join us for Third Thursdays at CHS! This Third Thursday will feature a special treat for all you type lovers!  Along with free admission to our gallery, the CHS library will be open from 6:00pm to 8:00pm for a special viewing of type specimens, monographs, printer's manuals and more from our Kemble Collection on Western Printing and Publishing! 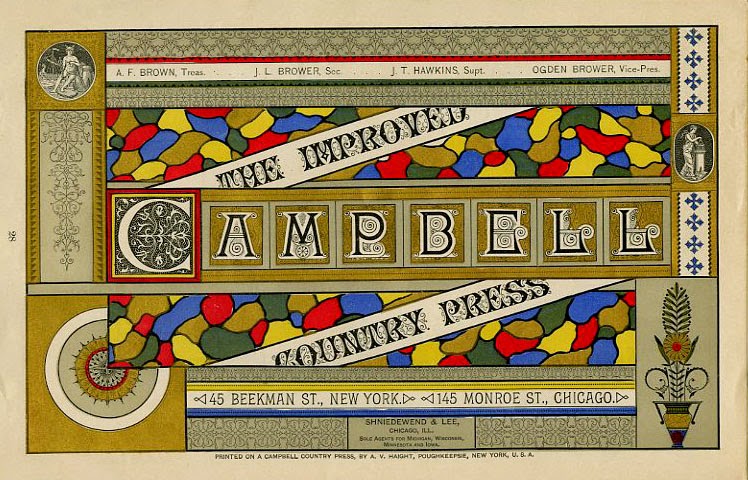 Third Thursdays at CHS
Join us every Third Thursday of the month for free admission to our exhibition,Yosemite: A Storied Landscape. Make crafts at our featured crafts table and dive into history with docent-led tours on the half hour.
About Third Thursdays: This event is part of the Yerba Buena neighborhood's Third Thursdays. Join in on the Third Thursday of each month in downtown San Francisco's Yerba Buena neighborhood for a monthly outing full of arts, food, and drink. Wander the blocks around Yerba Buena Gardens to soak in art and music. Pick up a wrist band at participating galleries and museums for a special Third Thursday all-night happy hour at participating bars and restaurants. Experience art immersion with special installations, performances, and events. At 6:00pm, drop by the CHS library and view a display of special typography-themed items from our archive.

Jaime Henderson,
Archivist
at Tuesday, September 16, 2014 No comments:
Email ThisBlogThis!Share to TwitterShare to FacebookShare to Pinterest

This big funky-looking Sailors' Home register was a delight to find and catalog: 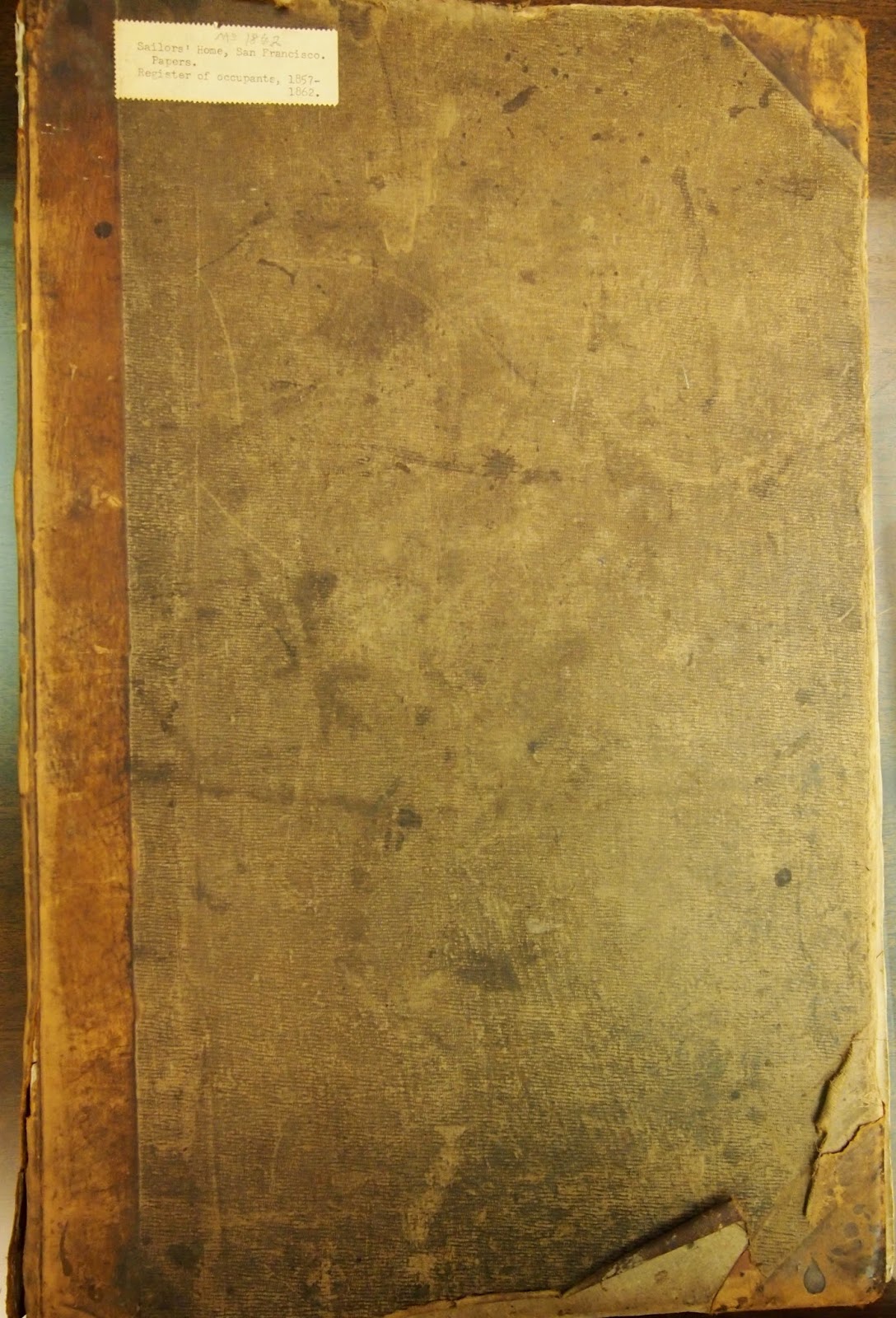 The Sailors' Home was a boarding house for sailors in San Francisco operated by the Ladies' Seamen's Friend Society. This register is a treasure trove of information about the sailors who shipped in and out of the port of San Francisco between the years 1857 and 1862. Information recorded for each sailor includes: date of arrival, name, room number, name of vessel, where from, date of departure, vessel sailed in, where bound, and general remarks ("ran away" is a recurring theme).

Though the Ladies' Seamen's Friend Society sounds like a benevolent organization (and certainly was imagined as one by its founders and members), the Coast Seamen's Union, founded in 1885, railed against the Society and its condescending management of the Sailors' Home in the pages of the Coast Seamen's Journal. CHS also has a significant of this wonderful early San Francisco labor newspaper, yet to be cataloged, and many other manuscripts, books, and photographs documenting seafaring life in the nineteenth century. 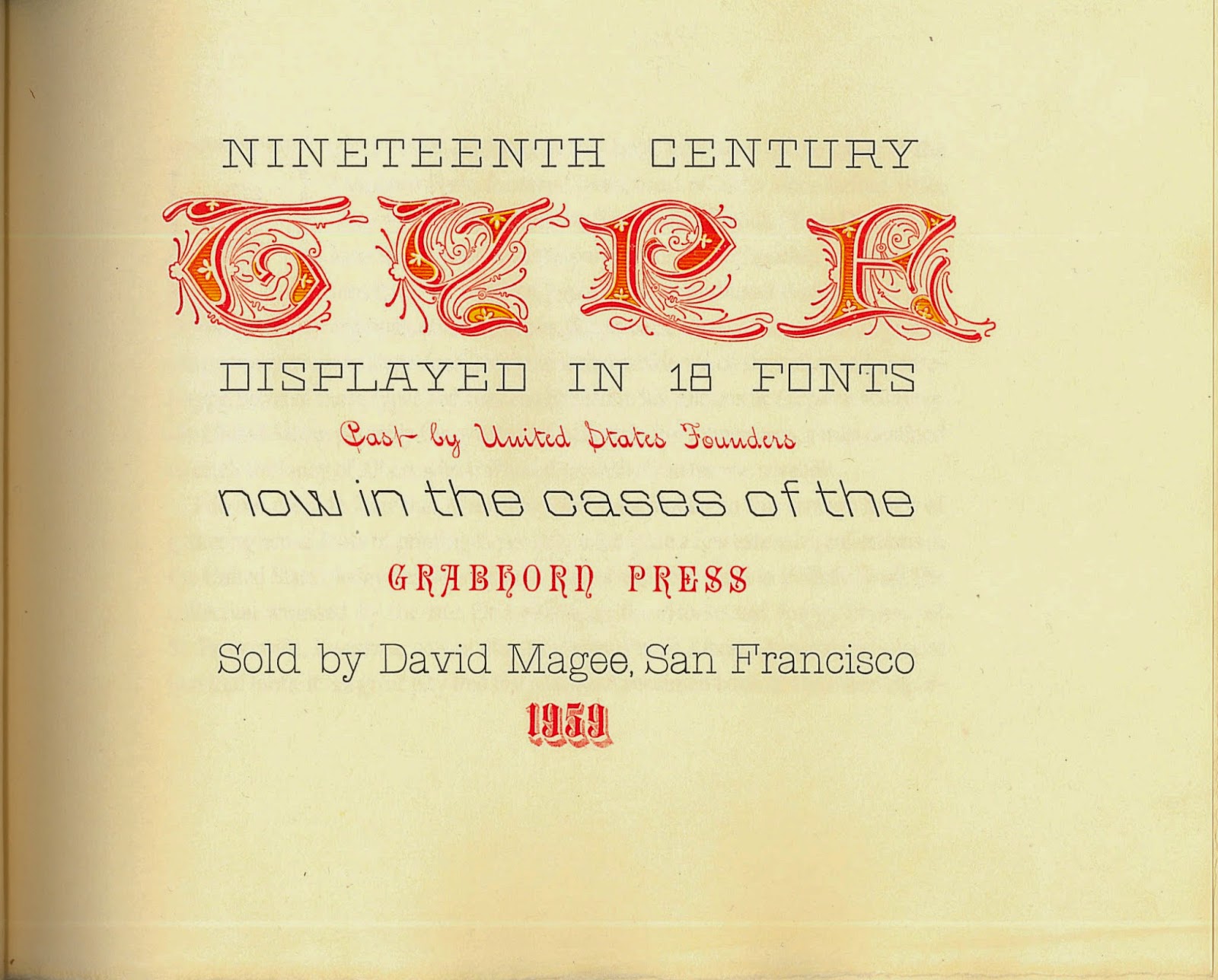 In 1959 the Grabhorn Press published a book highlighting their collection of 19th century type fonts. The brothers Edwin and Robert Grabhorn collected these fonts, all cast by United States type founders, with the help of fellow San Franciscan, Albert Dressler. 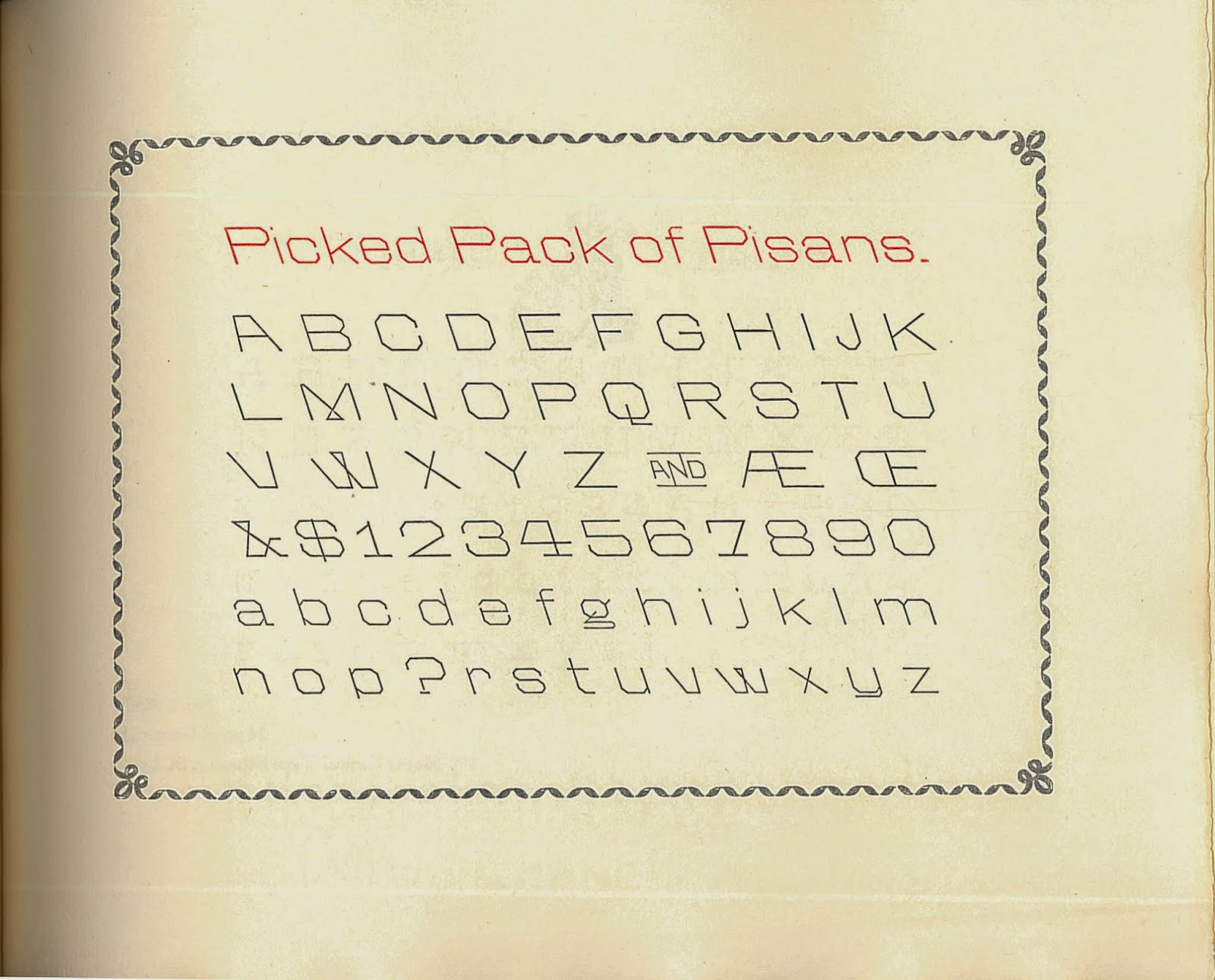 The introduction by Robert Grabhorn makes apologies for the poor condition of types, gently reminding the reader that they were manufactured in the 19th century. He also begs pardon for instances in which they have failed to locate a complete alphabet, as in the case above where the lower case "q" features a "?" 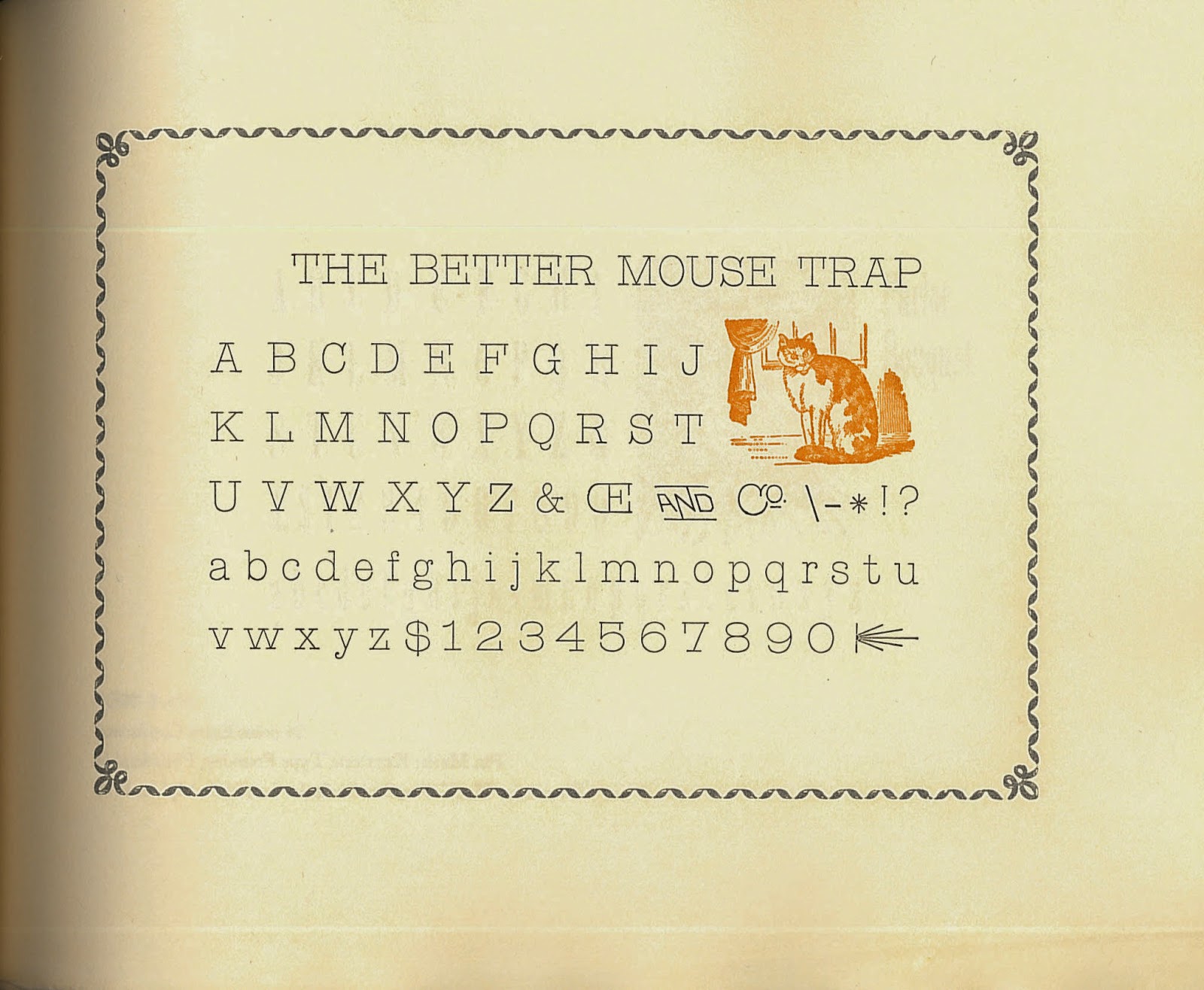 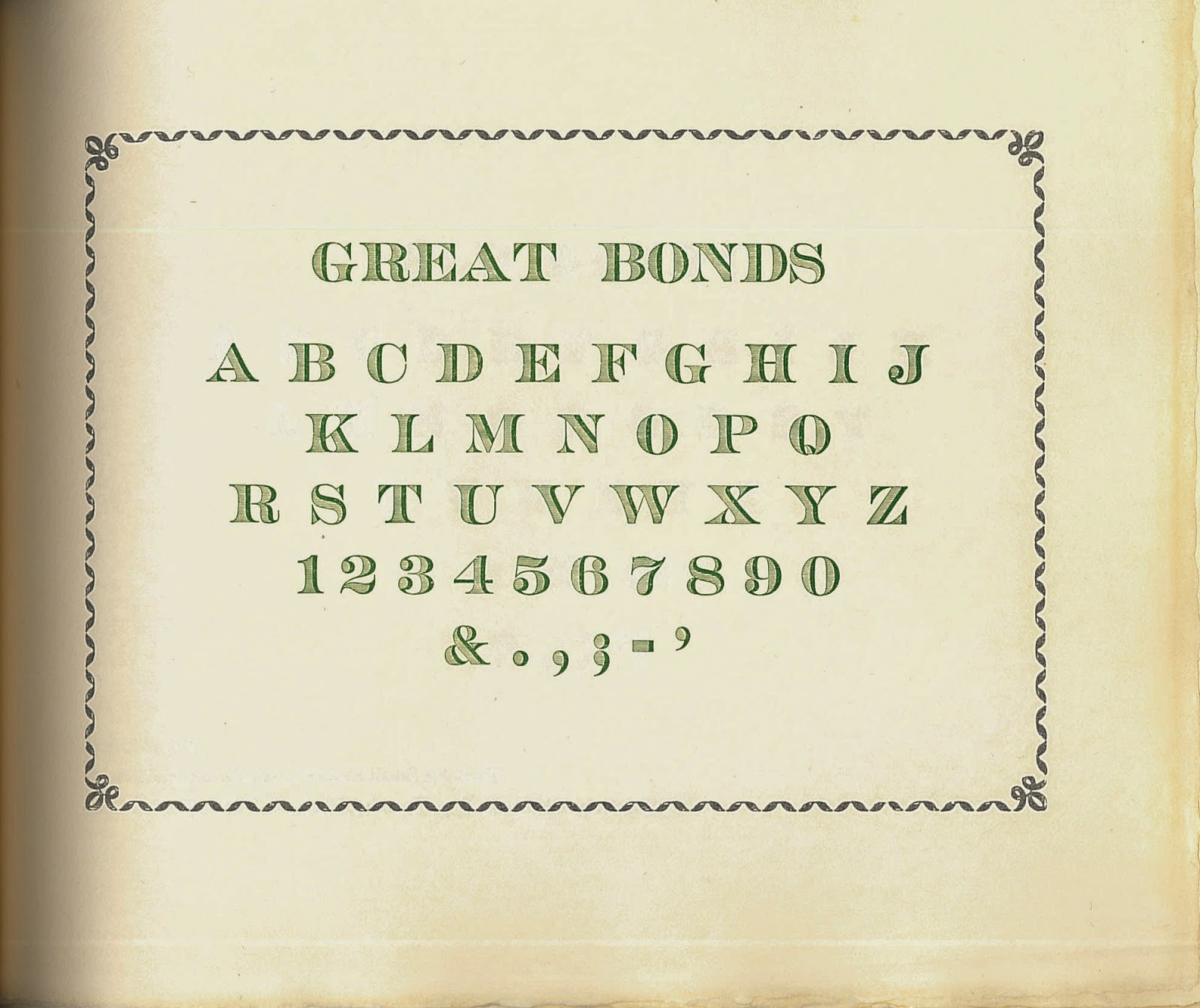 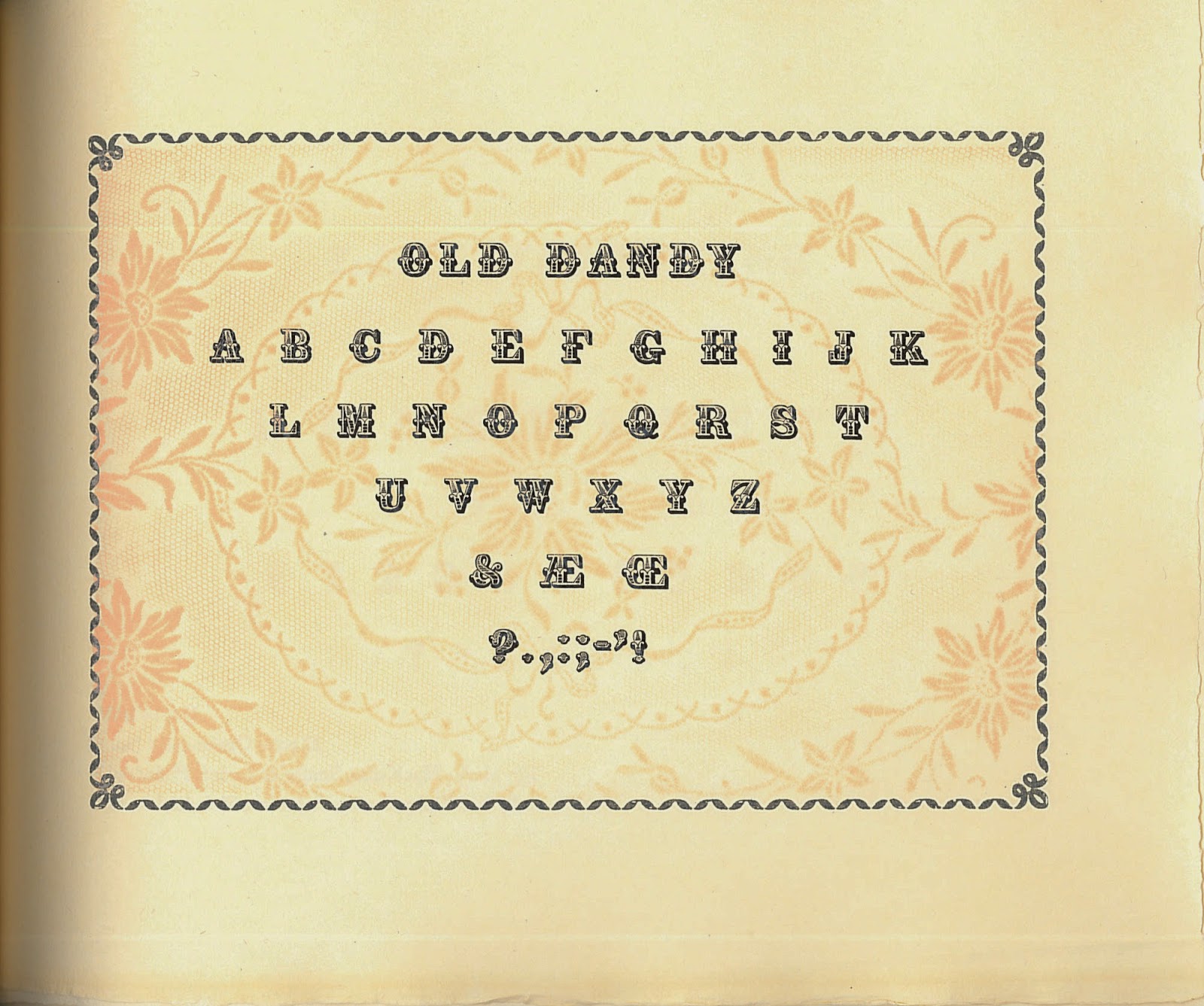 Cushing writes: "Packard’s work was patriotic without resorting to racist jabs or stereotypes; she portrayed workers with dignity and character. She drew women’s experiences from a woman’s point of view – numerous vignettes show children (one of her regular subjects later in life), shopping, home life, and the challenges of survival and adjustment in a tempestuous time." As the daughter of a tradeswoman, I was especially touched by this illustration of a mother in a hard hat making dinner: http://kaiserpermanentehistory.org/wp-content/uploads/2014/09/ELP-1945-03-30-2-sm.jpg

CHS has a complementary collection of oral histories of women workers and activists who participated in the California labor movement of the 1930s, '40s, and '50s. These women speak with moving candor about their struggles—as workers, activists, incarcerated women, partners, and mothers. Their interviews can be accessed online at https://archive.org/details/californiahistoricalsociety

Presenting an early San Francisco report card and award of merit to welcome our students back to school:


Was the young Samuel G. Adams as brilliant as his report card suggests, or does grade inflation have nineteenth-century precedents? This archivist has yet to find a bad report card in the CHS collection. Perhaps they were surreptitiously tossed by their unhappy recipients.