Invisible City Audio Tours is proud to announce the launch of its second literary- and art-based, self-guided audio walking tour, The Armada of Golden Dreams.

The discovery of gold in 1848 set in motion a world-wide migration of fortune-seekers to San Francisco–62,000 came by sea. For most of the ships that sailed here, San Francisco was a final mooring. By 1850, the bay held nearly 600 abandoned brigs, barks, and ships. Whether consumed by fire or buried by progress, these once mighty vessels now lie beneath our streets and sidewalks, like seeds from which the city's dreams and demons have sprung.

Invisible City will be hosting various events to celebrate this tour. Hourly, from 4 PM – 7 PM on Saturday, May 7, Invisible City invites the public to come take the tour in tandem. The one mile, circular loop starts at 1 Market @ Steuart (at the vendor area between Market street and the Embarcadero) and ends at the corner of Market and Beale. Invisible City will have a staffed table set up at 1 Market @ Steuart with collectible maps for purchase. The after party, featuring edible art by Rebecca Ebeling, will be held from 7 PM – midnight at The Old Ship Saloon, Pacific @ Jackson.

Invisible City will also be hosting a reading and celebration at City Lights Books on May 10, 2011 from 6 PM – 8 PM.

Wings over the Pyramids: Will Egypt's Treasures Survive? 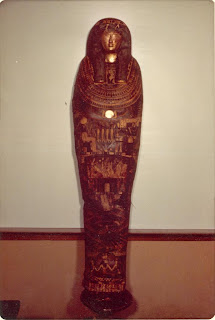 Wings over the Pyramids features modern and historic photography documenting the effects of pollution and urbanization on Egypt’s cultural monuments. The works on display range from 1930's aerial photographs of the Giza Pyramids to modern satellite images taken over Egypt. West of the River Nile, the Giza Plateau is the site of some of the most important and astonishing monuments of the ancient world.

Through photographs, this exhibition will explore issues such as dam construction, Cairo's rapid urbanization, uncontrolled pollution, and population growth and how these conditions have had a cumulative and deleterious effect on Egypt's pyramids and monuments. Also explored is the impact of the 2011 Revolution on Egypt’s museums and archaeological sites.

In addition, artifacts from the University's Egyptian collection will be on view in the gallery. Issues of museum conservation and provenance will be examined through selected objects relating to the religious and every-day lives of the ancient Egyptians. In addition, visitors can view the mummified remains of priest Nes-Per-N-Nub and a rare, triple-nested sarcophagus from the University Museum's Sutro Egyptian Collection.
The exhibition is open to the public 11:00 to 4:00, Monday through Friday, April 4-May 4. Note: SFSU Admission is free.

The museum is located in the Humanities Building 510
corner of Font and Tapia on the San Francisco State University campus. 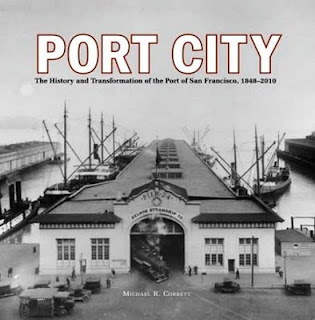 Join us for a lively discussion on how the San Francisco port shaped the city and how the city shaped the port.  Jasper Rubin, professor of Urban Studies and Planning at SFSU, moderates a distinguished panel of experts including: Michael Corbett, Tim Kelley, Chris VerPlanck and Jim Delgado (author of “Gold Rush Port” and Chief Marine Archaeologist for NOAA), who will discuss the port’s role in shaping urban form as well as influencing its social and labor history. Through landfill, wharfs, seawalls and pier buildings, the port changed San Francisco’s physical form while serving as a conduit for the movement of goods and people into and out of the city since the 1850’s. Businesses located their offices near the port to house management while workers labored at the wharf loading and unloading goods from ships, driving the city’s economy and underpinning its civic life. A question-and-answer session on the history of San Francisco’s port and how it continues to develop will follow the discussion. This event is co-sponsored by San Francisco Architectural Heritage.
Port City will be available for sale at the William Stout Book Annex at the California Historical Society.
Space is limited. Please RSVP to 415.357.1848, ext. 233 or rtorrey@calhist.org

Wednesday! March 16 @ CHS: An Evening with the Collection - Irish California 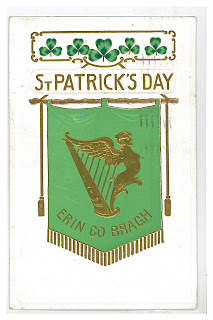 This Friday March 11 @ CHS - Lecture: History of the Animation Industry in California 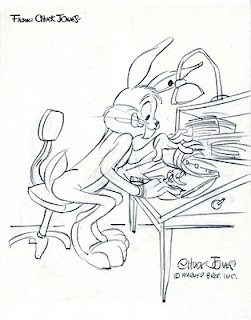 Few cartoons have been able to capture the attention of multiple generations like the Looney Tunes, they are the animated family we grew up with. The timeless generational appeal of the Looney Tunes is celebrated in Farago’s book The Looney Toons Treasury: Whether it’s Bugs Bunny or Yosemite Sam, each character gives their own off-beat look at the animation industry, the creative forces who gave the characters their unequivocal look, attitude and voices. Farago will discuss the history of the animation industry in California and how Looney Tunes became a timeless animated classic while paying homage to the directors, draftsmen, writers, and composers that helped to create characters and cartoons that could thrill audiences with a catchy tune or slapstick comedy. The book will be available for sale at the event and contains 200 pieces of concept art, paintings, and memorabilia. Warner Bros. opened up its vault contributing sketches, comic book covers, lobby cards, model sheets, and other art that gives readers a behind-the-scenes look at their favorite cartoon characters. Andrew Farago is the Curator of the Cartoon Art Museum in San Francisco and has written for Marvel Comics, The Comics Journal, and Animation World Network. Space is limited. Please RSVP to 415.357.1848, ext. 233 or rtorrey@calhist.org

Opening Friday 3/4 at The Canessa Gallery: Art and Activism—The New Deal's Legacy Around the Bay

National New Deal Preservation Association President Harvey Smith organized “Art and Activism—The New Deal's Legacy Around the Bay,” an exhibit showing at the Canessa Gallery in San Francisco. The exhibit includes original art work by Elizabeth Ginno from the 1939-1940 World's Fair on Treasure Island and a collection of historic photographs of the Montgomery Block neighborhood where the Canessa Gallery is located. The Montgomery Block neighborhood was the home and studio space to many artists including photographer Dorothea Lange, sculptor Ralph Stackpole, Diego Rivera, and Frida Kahlo.

The exhibit explores the context of the New Deal's broad social policies—which included education, recreation, arts and public jobs programs—as well as the relevance of the New Deal to today's public policy. Part of this exhibit was originally sponsored by and shown at the Berkeley Historical Society.