On May 8, 1865, less than a month after the assassination of President Lincoln, the U.S. Army arrested two Jackson newspapermen, L. P. Hall and William Perry, for treason, and marched them in chains to Alcatraz. Ten days later, neighbors gave these affidavits against Hall, testifying that he was the author of the newspaper's anti-government editorial matter, and a self-proclaimed secessionist.

Although the residents of Jackson surely knew the political sympathies of the Dispatch's editor, Mr. Freeman's affidavit, in particular, has an implausible ring:

"George Freeman, Post Master. As personally acquainted with one L. P. Hall. That on or about the 1st day of February 1865 said L. P. Hall came into the P. O. and stated as follows: I am an out and out secessionist and don't care who knows it; I write the editorial matter of the Amador Dispatch."

And the recorder's interpolation of a parenthetical "who?" in Mr. Springer's affidavit is curious, to say the least:

"Hall has said to him while he was under the influence of intoxicating liquors (who?) on one or two occasions that he was the author of the editorial articles that had appeared in the Dispatch...."

Today's Type Tuesday offers selections from the H.H. Thorp Manufacturing Company's Cleveland Type Foundry (c. 1890). Located on the corner of Ontario and St. Clair streets in Cleaveland, Ohio, the foundry offered their customers "only type of our own cast" and encouraged persusers of the catalog to pay "special attention to the artistic specimens of New Designs in original and ornamental faces, which are cast only by the Cleveland Type Foundry."
Featured here are some of the foundry's more ornamental selections. 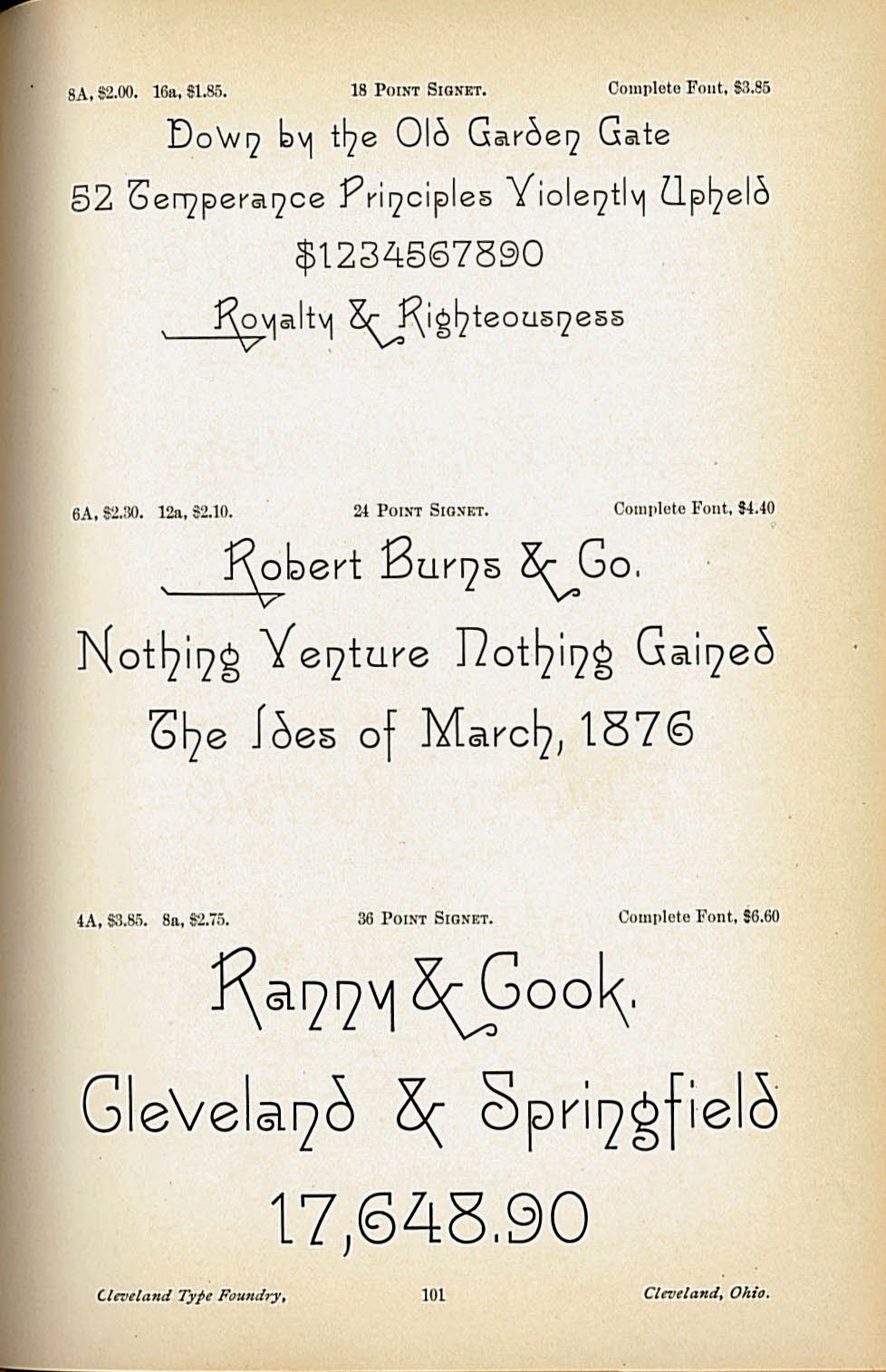 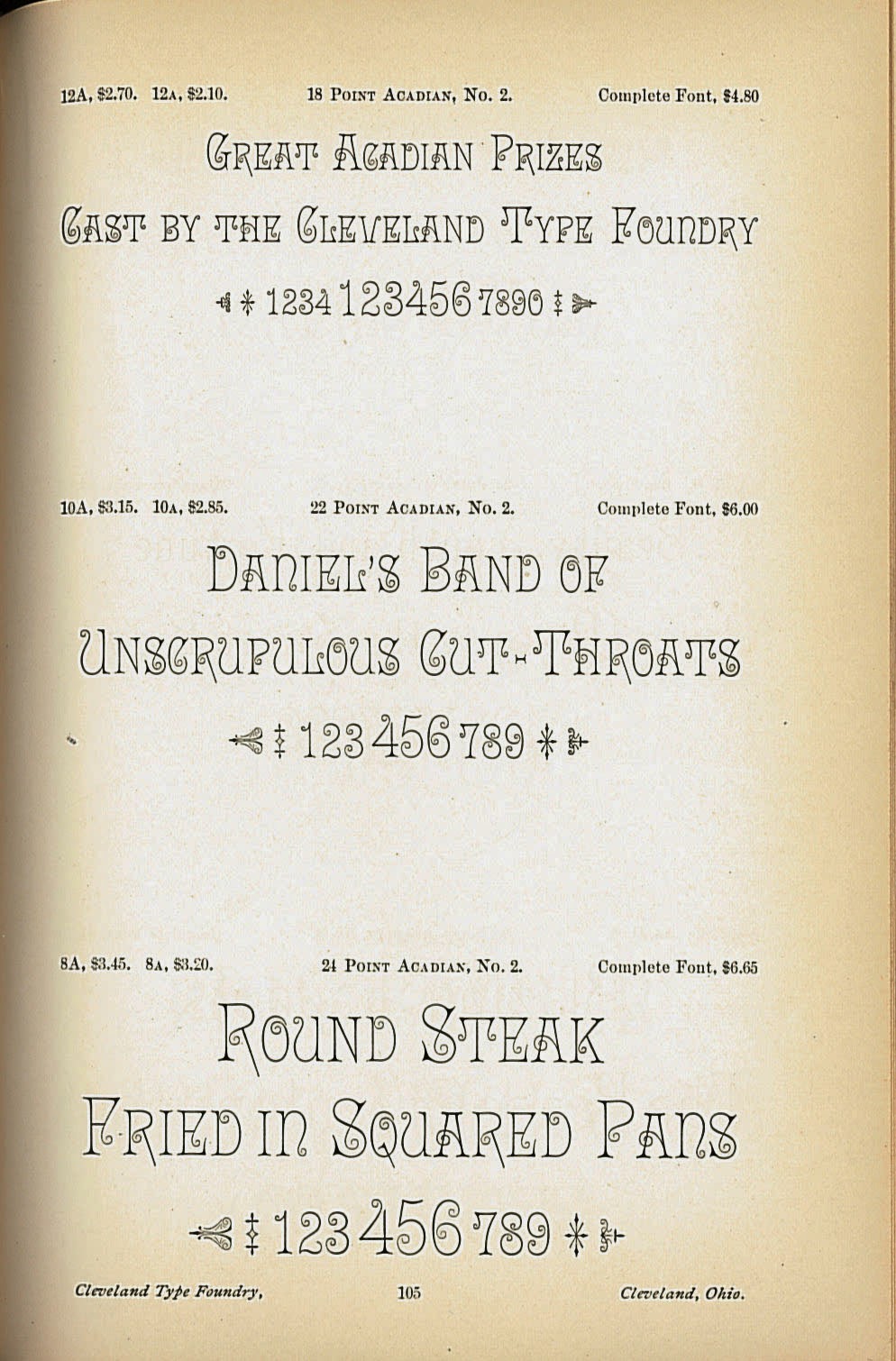 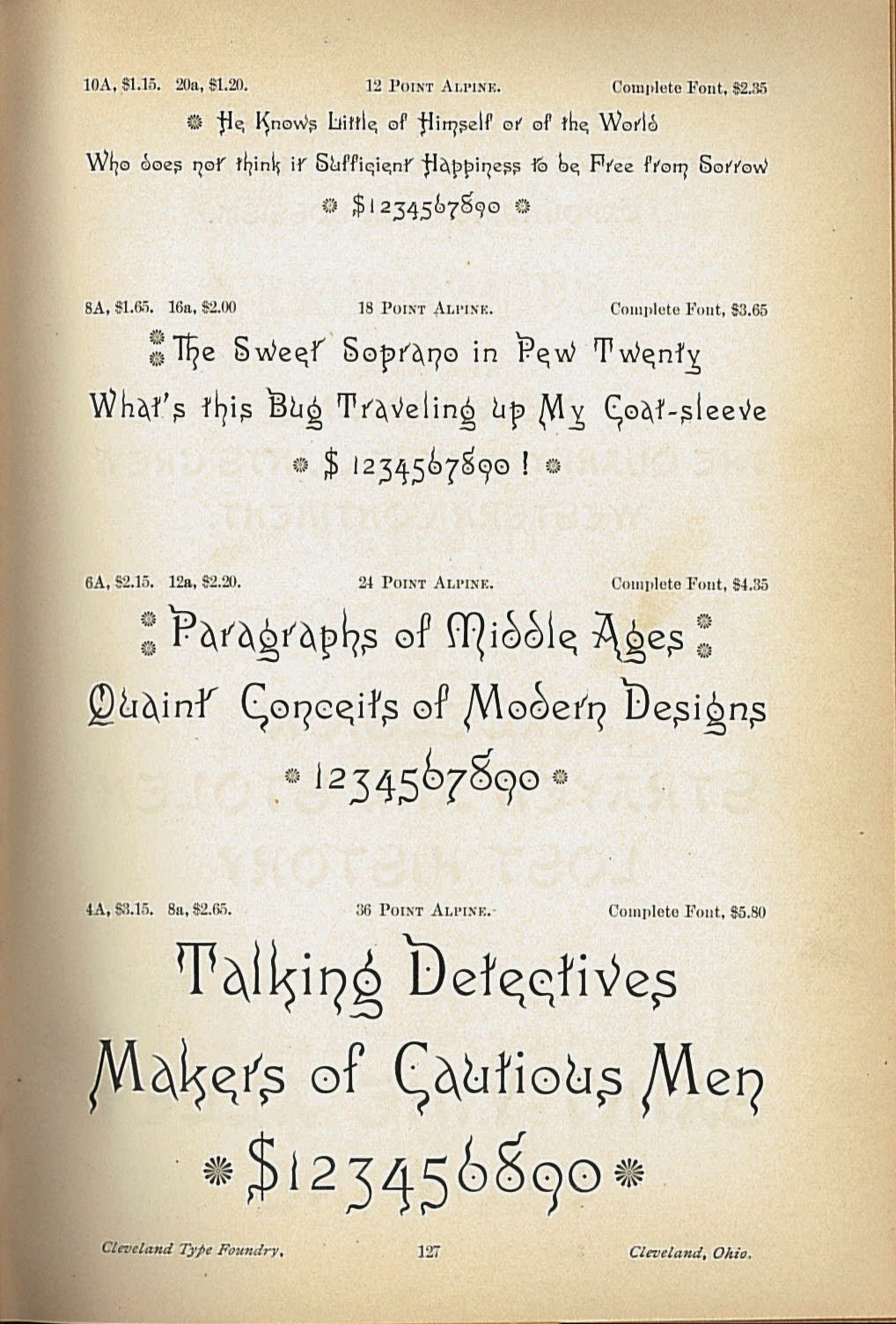 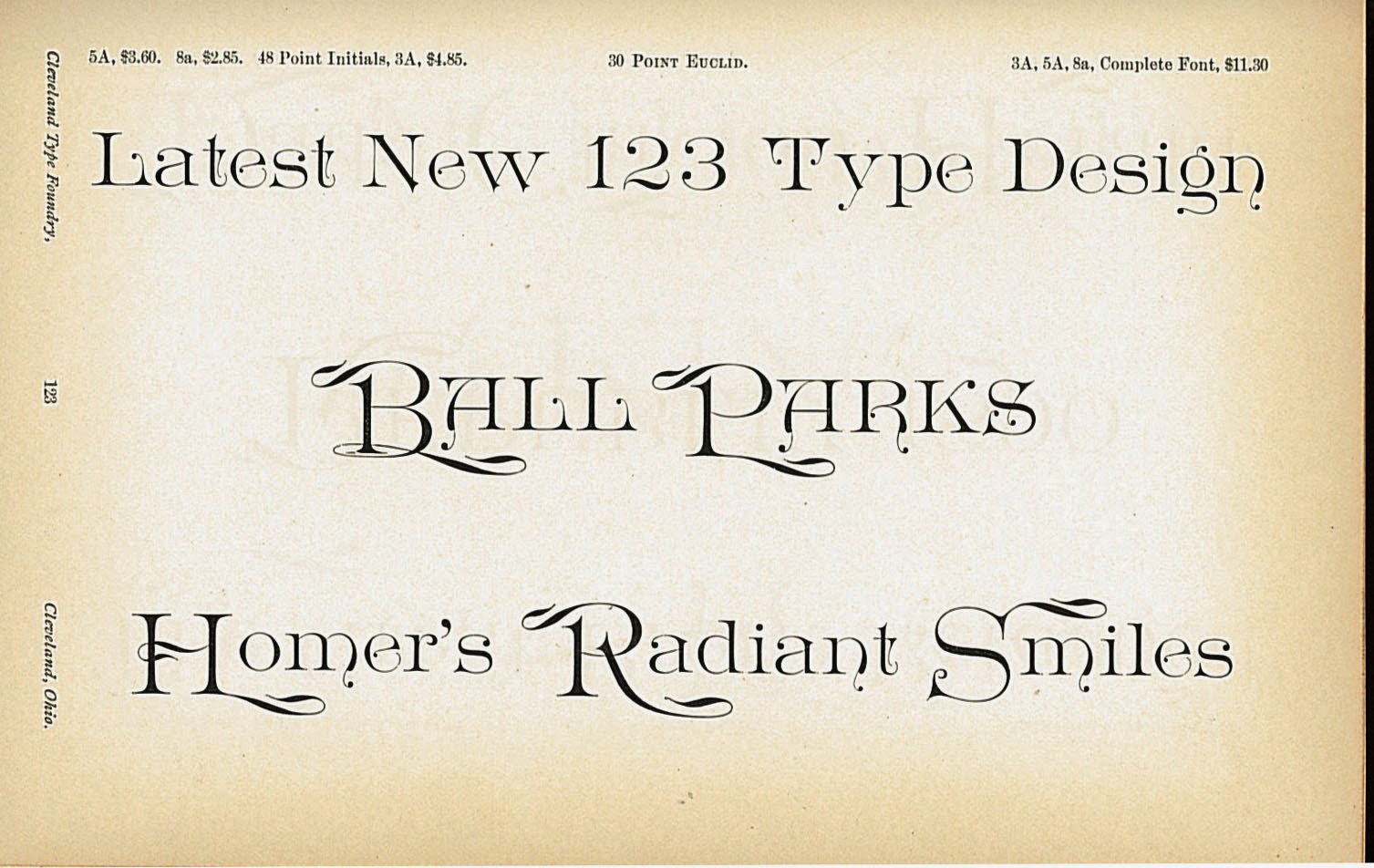 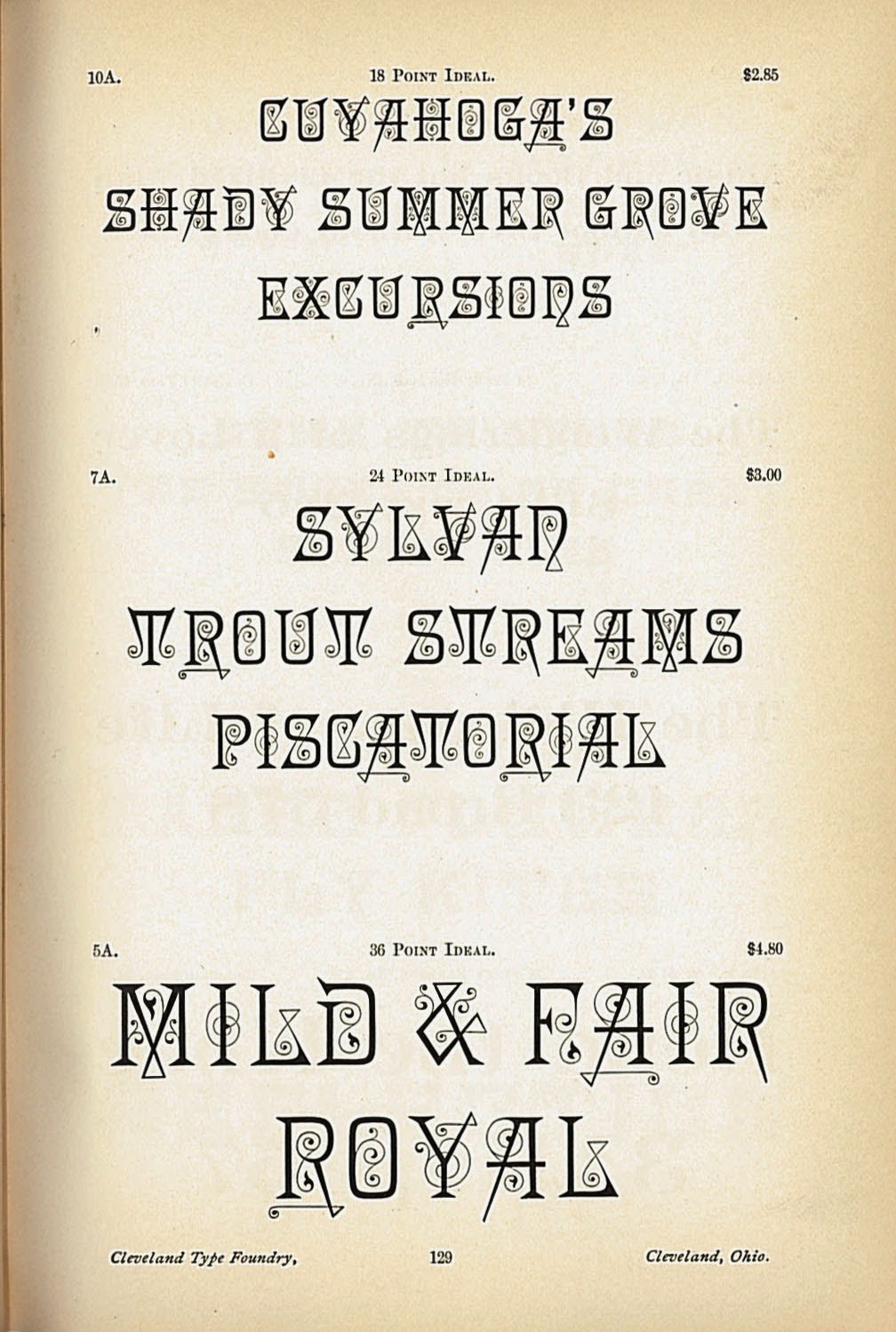 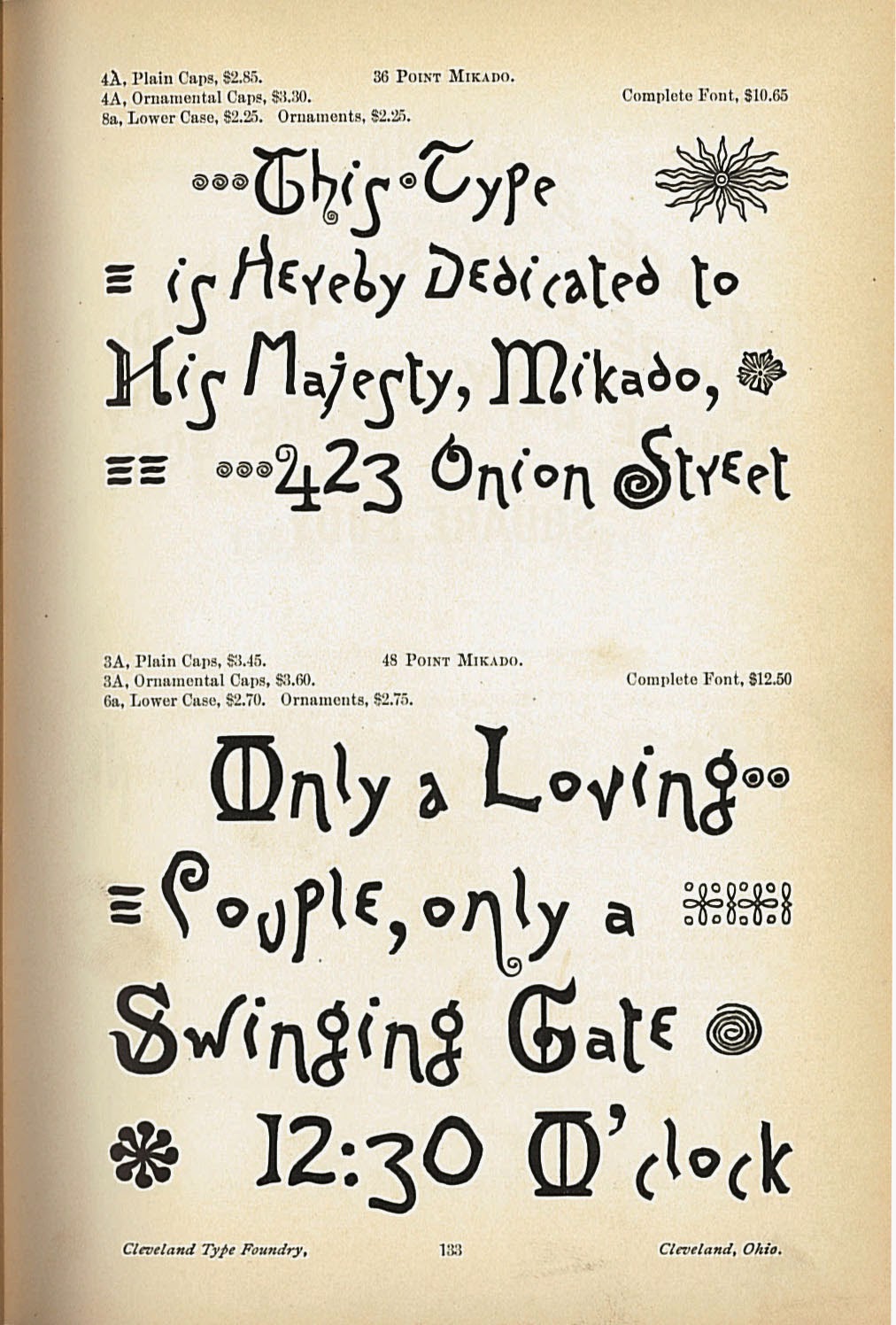 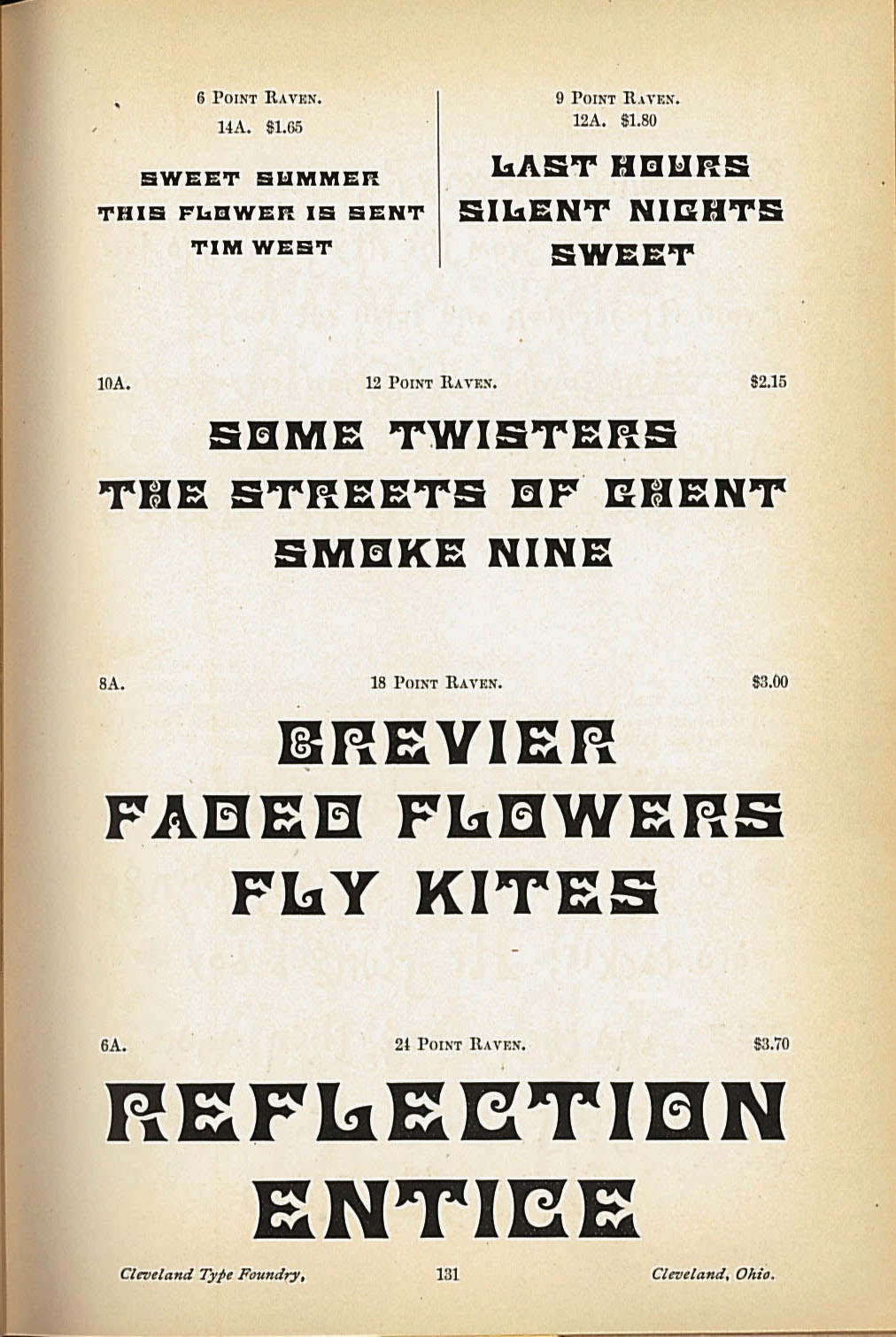 
at Tuesday, March 25, 2014 No comments:
Email ThisBlogThis!Share to TwitterShare to FacebookShare to Pinterest


You never know what you’ll find in the CHS archives. I discovered this 1897 letter—written mostly in a Filipino language, with a sprinkling of Spanish endearments and other words (“mi esposa mia”)—in a folder labeled “Philippine Islands.” A friend of CHS believes that the letter is written in Ilonggo (also known as Hiligaynon), the language of the Negros region from which her family hails. Can any of our cosmopolitan readers help us identify and translate this mysterious turn-of-the-century missive? 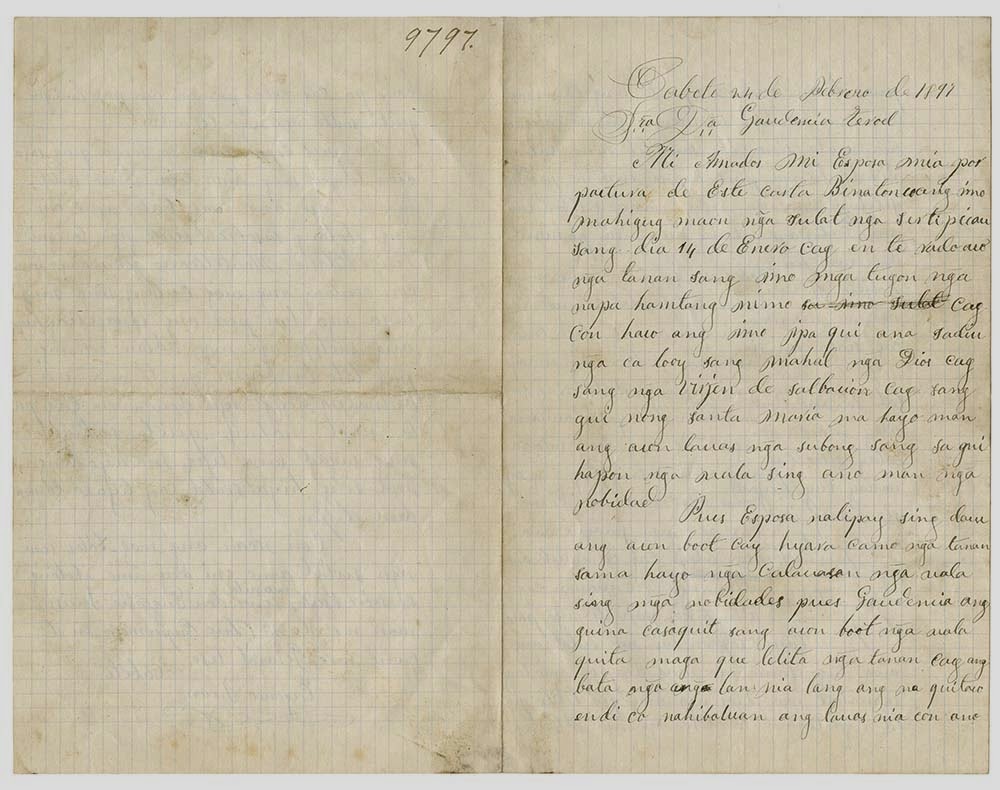 Spring is almost here! Celebrate with a typographical bouquet from the Elmwood Press! 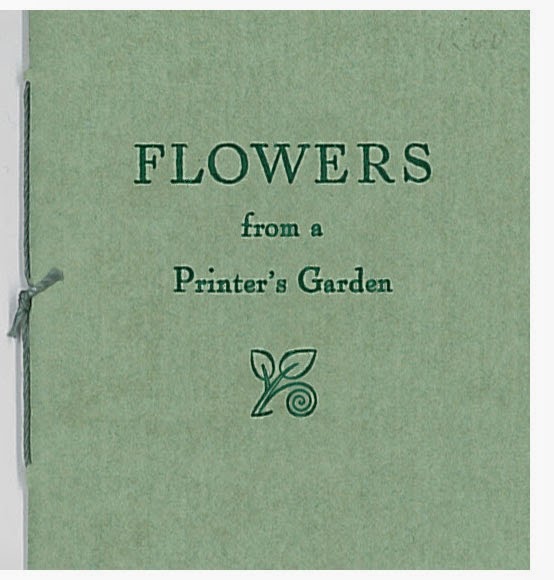 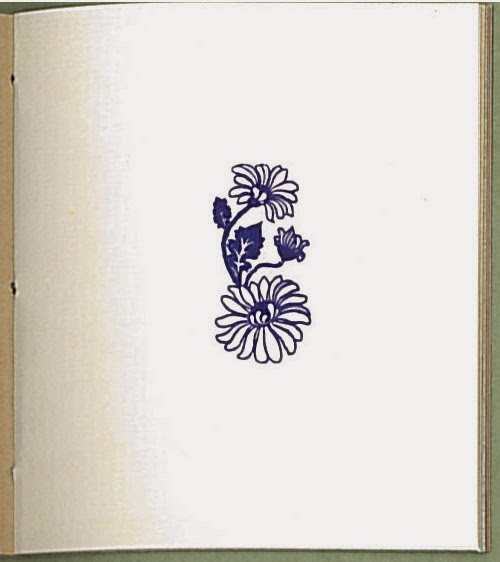 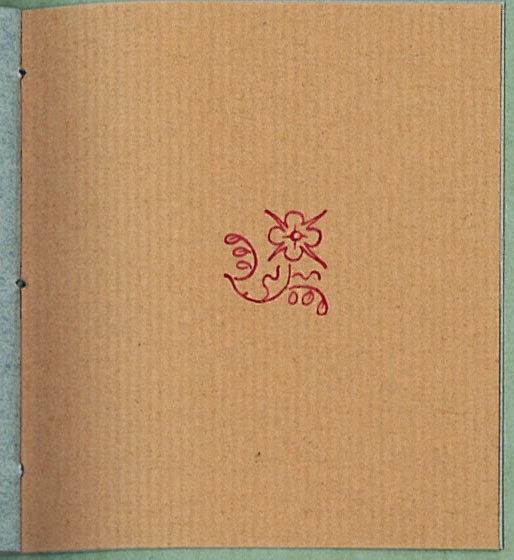 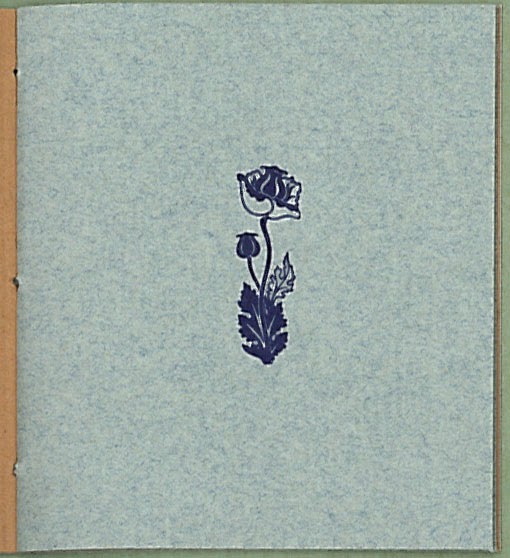 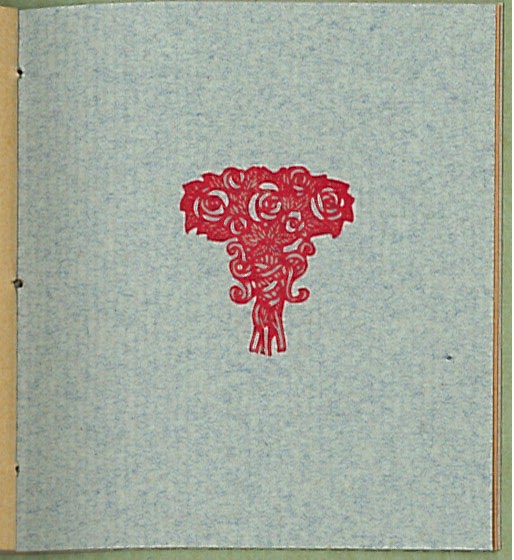 Fifty copies of this 2.5 x 3 inch "Typographical Herbal" were printed by the Elmwood Press of Berkeley, California in December, 1980.


at Tuesday, March 18, 2014 2 comments:
Email ThisBlogThis!Share to TwitterShare to FacebookShare to Pinterest


Discovered in a box labeled “unprocessed genealogies,” this death register provides a remarkable record of health, disease, and death in Gold Rush Sacramento. In it, city undertakers E.S. Youmans & Co. recorded the name, age, hometown, cause of death, and physician of each deceased person for the years 1850-1852. By late October 1850, they began to enter the terrible word “cholera” on the pages on the register, marking the beginning of a scourge that, according to medical historian Henry Harris, killed approximately 15% of the population of Sacramento.

By November, the disease was killing Sacramentans (mostly young and middle-aged men) at a ferocious pace. This page records death on the 4th, 5th, and 6th of November:

The outbreak seemed to recede almost as quickly as it appeared. On this page, beginning on December 18, not a single death caused by cholera is recorded (although it is interesting to consider how physicians and undertakers distinguished between diarrhea as a cause of death and the diseases like cholera with which it was associated):

Recently cataloged, this register is a wonderful resource for historians of the Gold Rush, epidemics, and public health in California.

A poster advertising a large selection of type from Price Typography of San Francisco has been in my office for some time. It is awaiting its home in our Kemble ephemera collection, but I have been slow to house it. I am too thrilled by the gigantic square sheet listing types alphabetically from Advertisers Gothic to Zeppelin, delighted by its quirky mix of traditional type, such as Baskerville, and novelty type with names like Hobbit Initials and Unicorn. The later two types look as if they could have been carefully rendered on to a Peechee folder during an excruciatingly long third period American Government class. 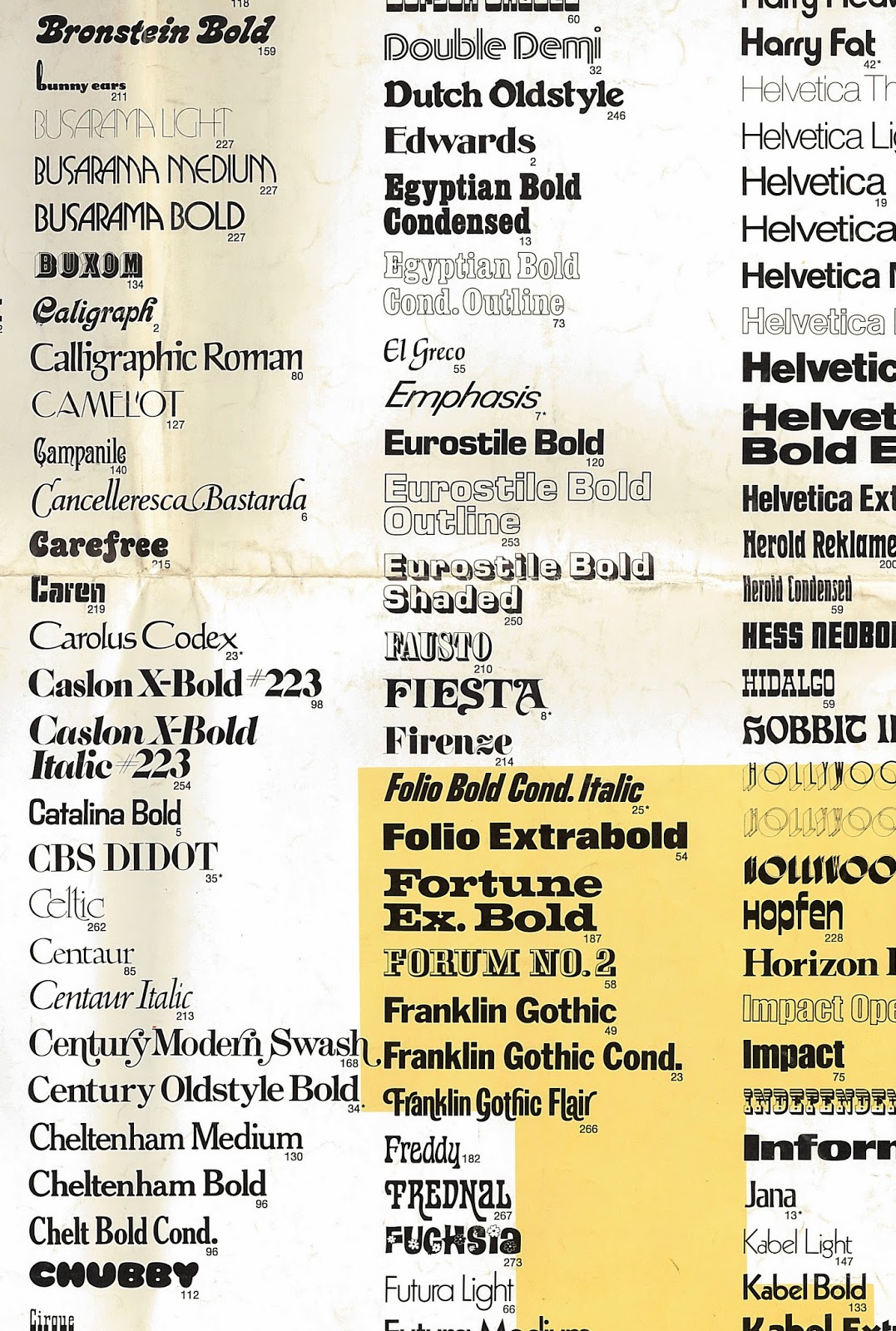 The poster looks to have been created in the mid-1970s which probably has much to do with my fascination as I was also created in the mid-1970s and can therefore associate much of the type with the products and popular culture I grew up with. Celtic makes me think of Fleetwood Mac's Rumors album; a mix of Cooper Black and Cooper Black Italic recalls the opening credits to Diff'rent Strokes; and I am quite sure Gallia was the font used on the cover of the copies of The Great Gatsby we were assigned to read in high school. 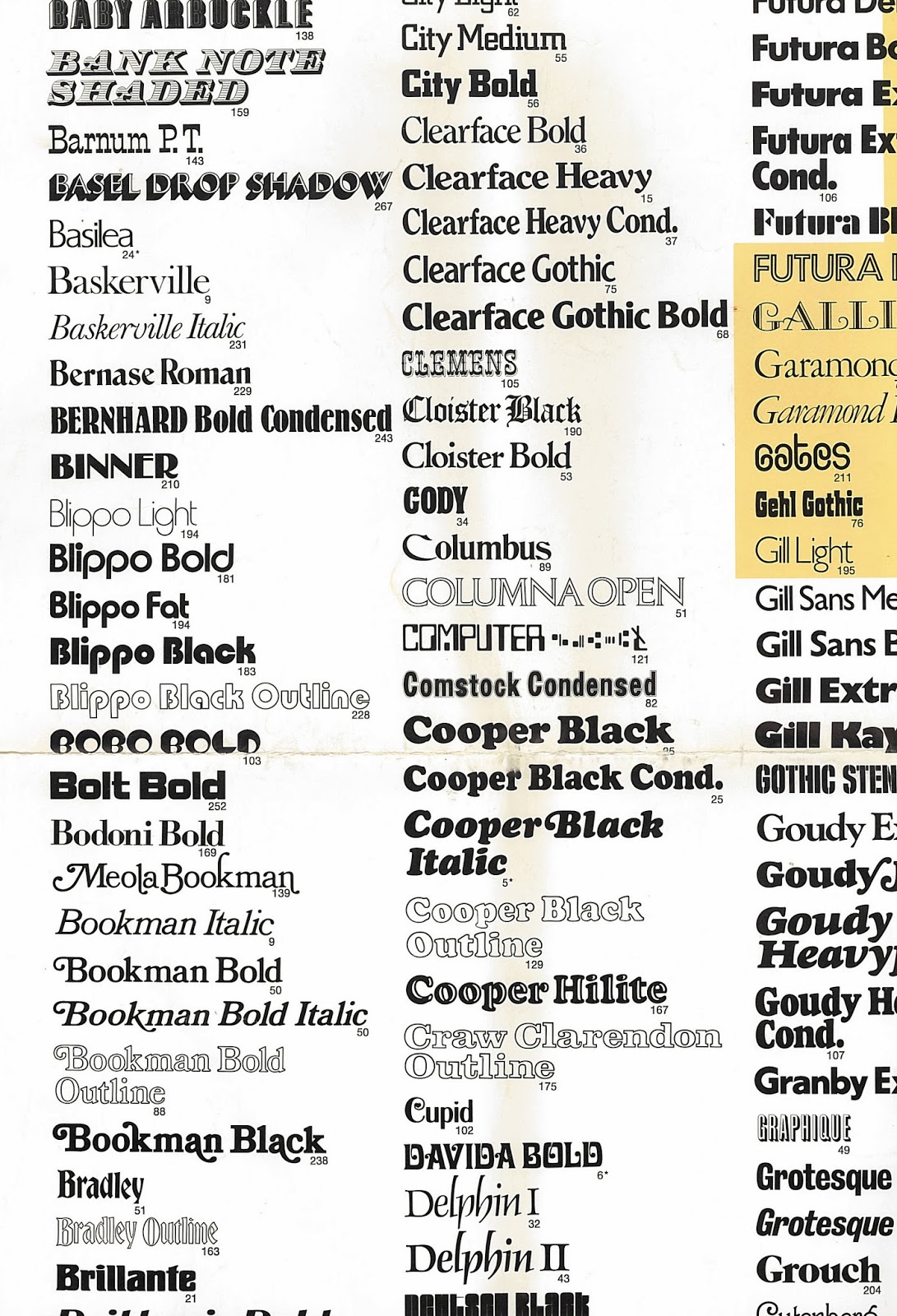 Do any of these types spark recollections? 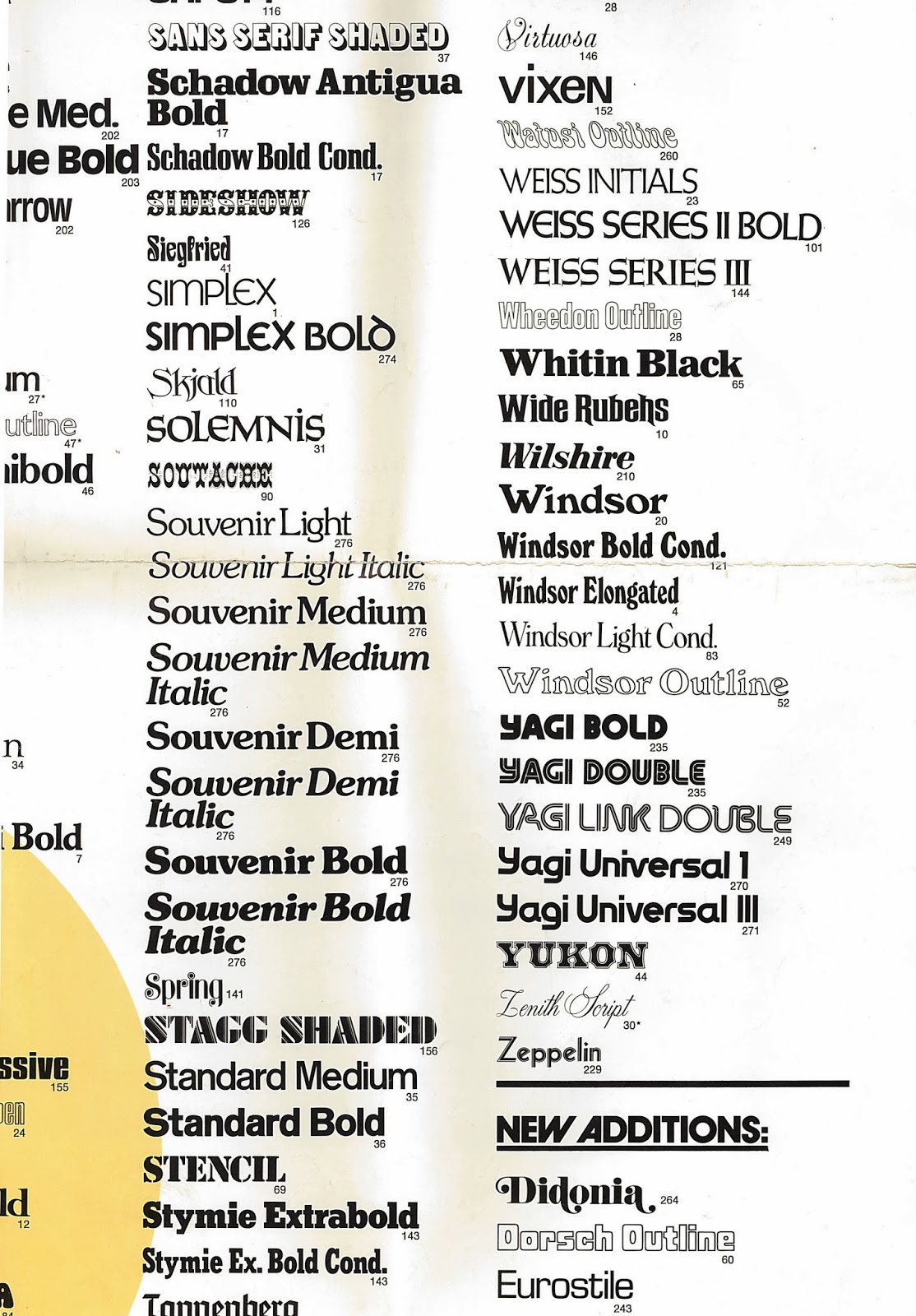 The Reginaldo F. del Valle papers and portraits (MS/MSP 2230) contain a wonderful assortment of manuscripts, ephemera, scrapbooks, and photographs documenting the political career of this Mexican American lawyer, California state assemblyman and senator, and Los Angeles water commissioner. Born after the American conquest of California to Californio parents, del Valle was instrumental in the construction of Los Angeles' water system, presiding over the Board of Water and Power Commissioners during the contentious years of the 1920s. With his friend Charles Lummis, del Valle was also committed to preserving early California history and its landmarks, including his family's Rancho Camulos in Ventura County.

We hope you enjoy these selections from the del Valle papers and portraits. More are available on Flickr Commons, along with other portraits of Californios and Mexican Americans in California.

Type Tuesday features another example from one of my current Kemble Collection favorites - Paul Carlyle and Guy Oring's Letter and Lettering. 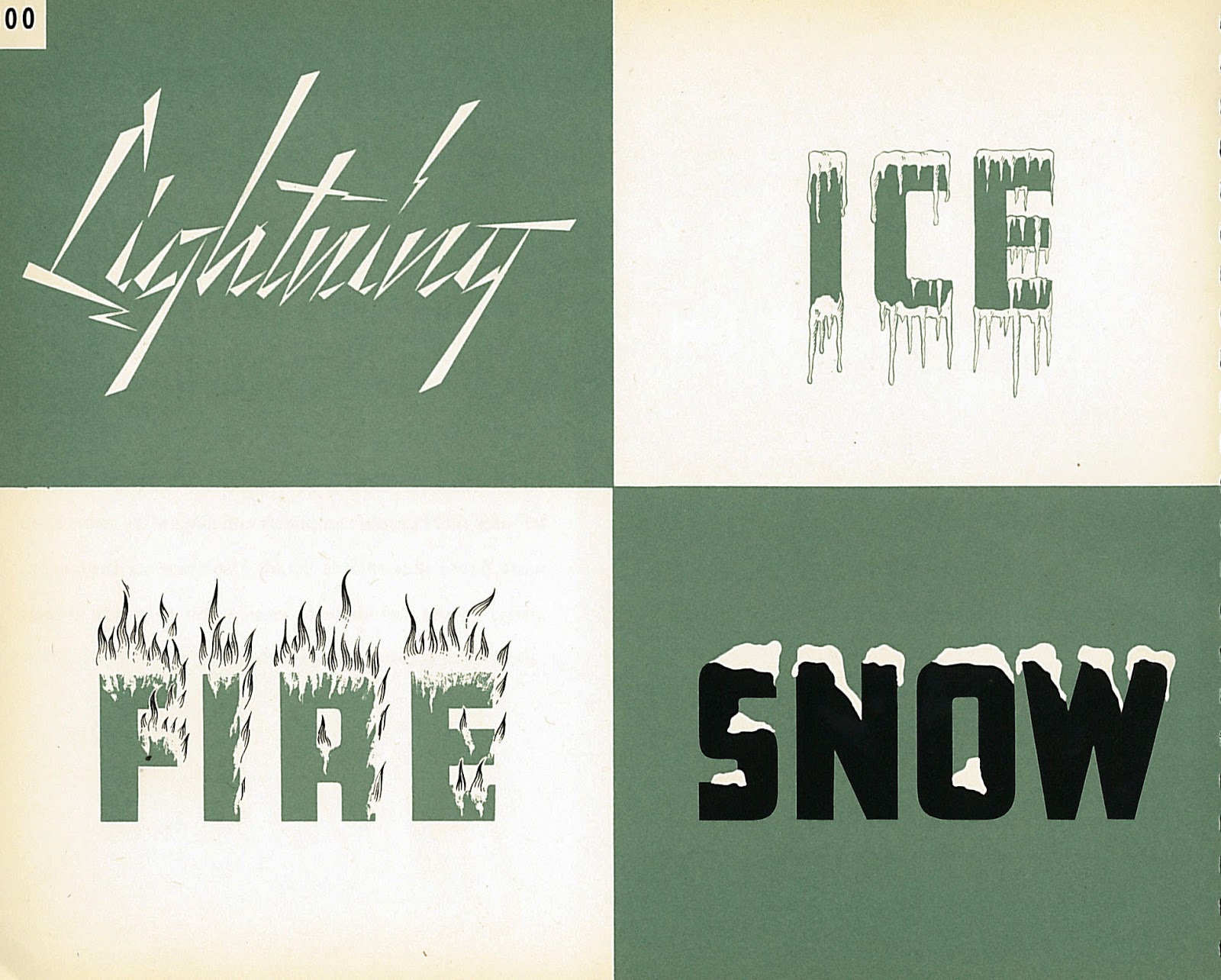 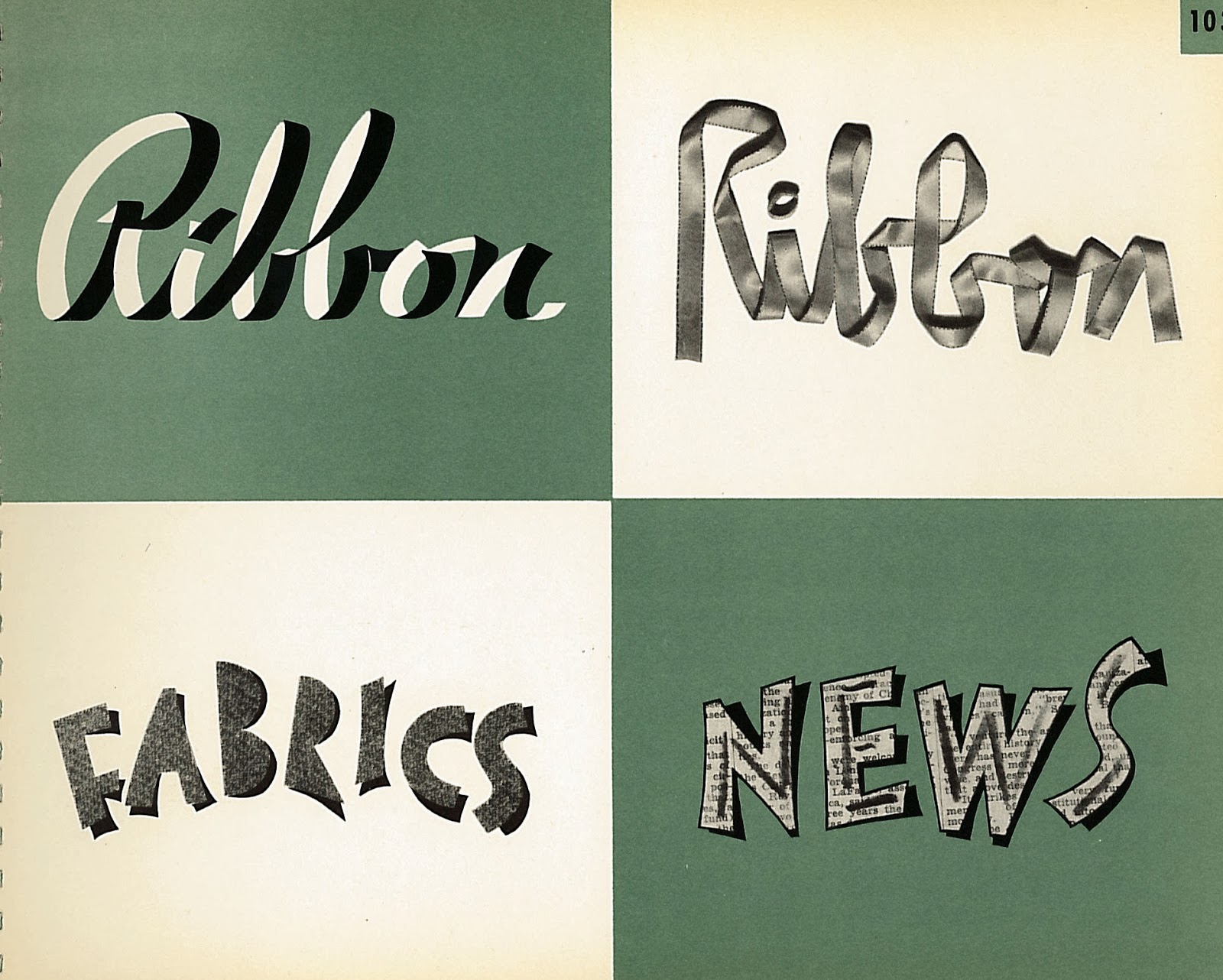 Bam!, purr, tsk, tweet, and clap are all examples of onomatopoeia, or words that sound like what the mean. But what about words that look like what they mean? Carlyle and Oring call them "descriptive type" - not nearly as fun to say as 'onomatopoeia', but definitely fun to look at! 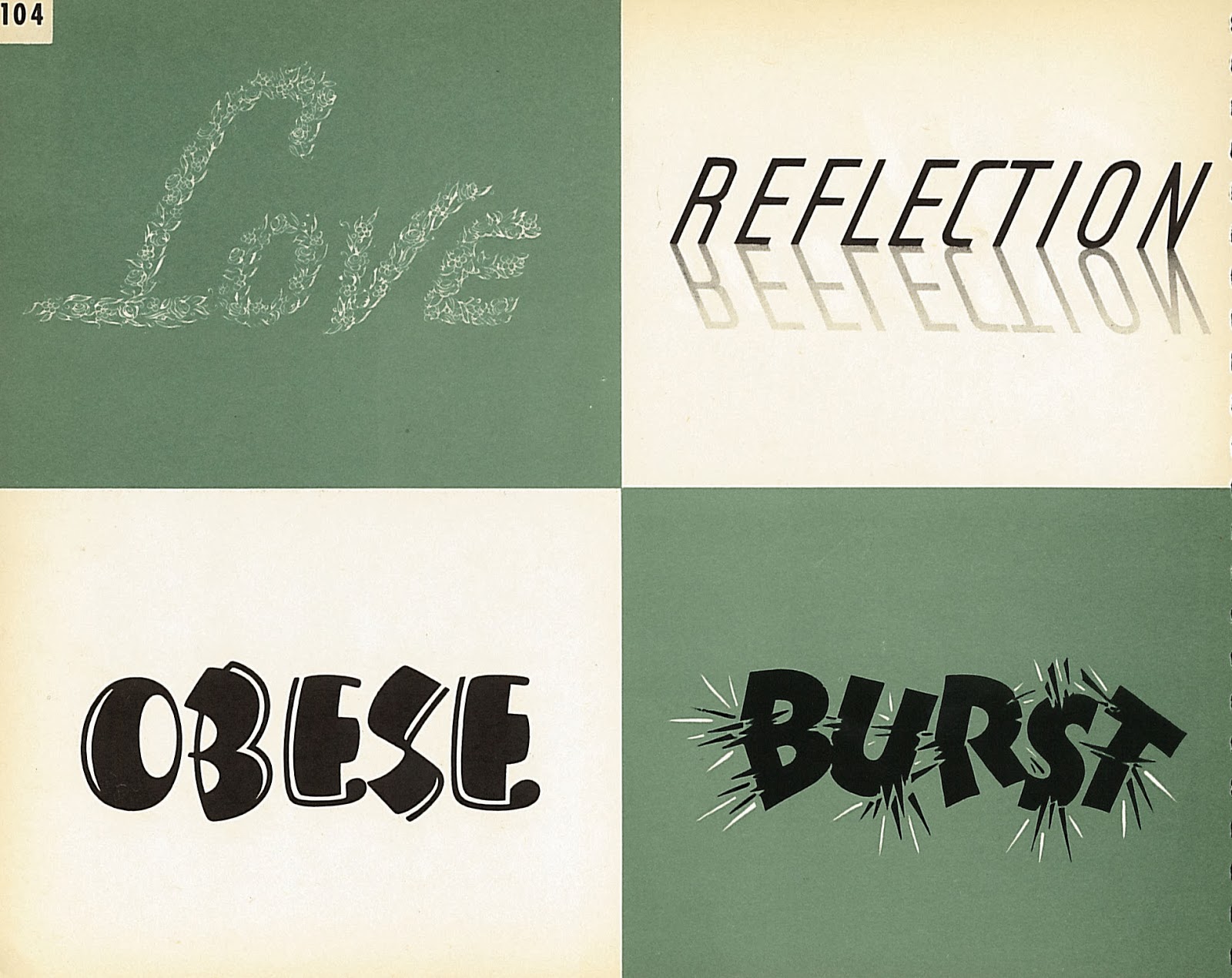 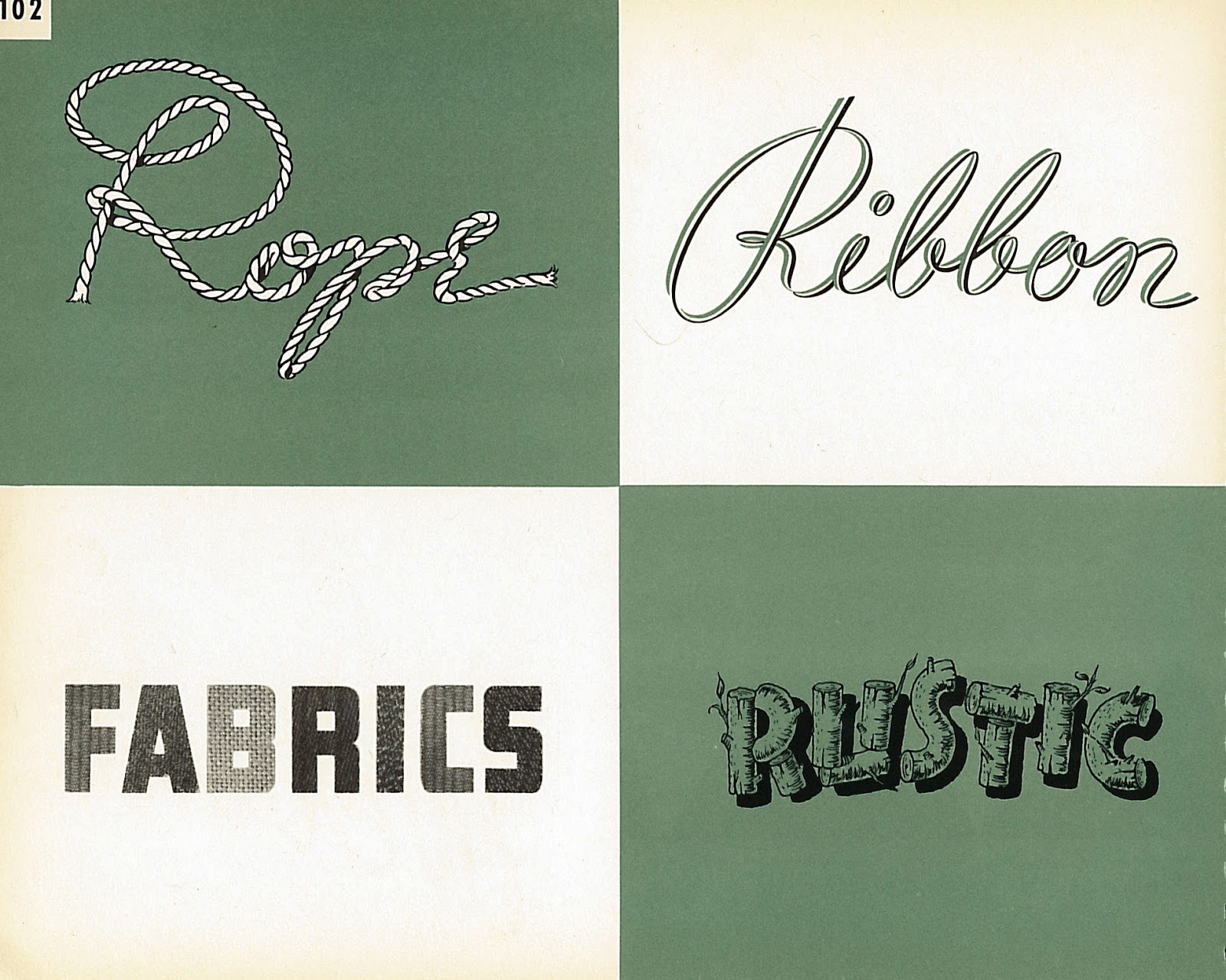 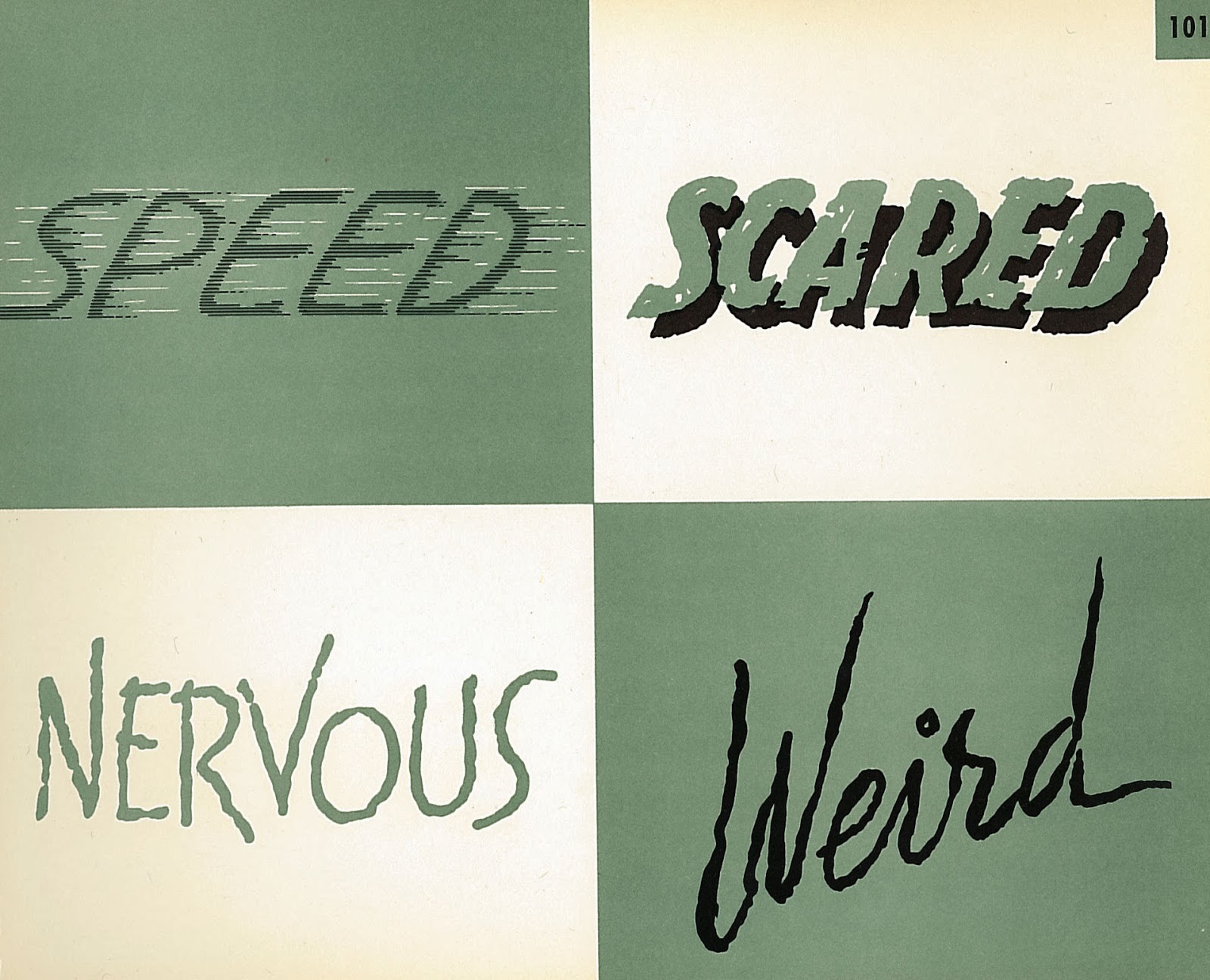 Jaime Henderson,
Archivist
at Tuesday, March 04, 2014 No comments:
Email ThisBlogThis!Share to TwitterShare to FacebookShare to Pinterest

Manuscript Monday -- Another Juana, another story of land in California


For this installment of Manuscript Monday, we introduce another Juana – Juana C. Araiza – and another story of land in California. While Juana Briones successfully defended her titles to Rancho Purísima Concepción and Ojo de Agua de Figueroa, many other Californios and Mexican Americans lost all or a significant portion of their land holdings. Threats came from many quarters: from neighbors, squatters, and lawyers, and, in Araiza’s case, from the all-powerful Southern Pacific Railroad Company.


This homestead certificate was issued to Juana C. Araiza in 1889, and forms part of the Reginaldo del Valle papers. Del Valle represented Araiza, who, along with at least sixty other defendants, was sued by Southern Pacific Railroad over title to coveted lands in the San Joaquin Valley. Judge Ross of the United States Circuit Court ruled in the railroad’s favor, in a landmark decision that the Los Angeles Herald called “the biggest victory ever won by the Southern Pacific railroad in the courts in this part of the state” (“That land decision,” Los Angeles Herald, July 28, 1893). According to the Herald, over a million acres of land were at stake.

Please check in next week for more from the del Valle papers, including a telegram from FDR, exquisite tintypes, and family portraits at the famed Rancho Camulos.