A Mirror of Us: CHS Celebrates NPS and Lassen Volcanic National Park Centennials

From Redwood National Park in the north to Joshua Tree in the south, California’s parks are as varied and diverse as the population of the Golden State itself. The oldest, Yosemite, was established in 1890; the youngest, Pinnacles, graduated from monument to park just three years ago, on January 10, 2013. Each California park has its own kind of beauty and all are a reflection of the society into which they were born—a reflection of us.

With this offering in the “Mirror of Us” series, the California Historical Society celebrates the 100th anniversaries of the National Park Service and Lassen Volcanic National Park, featuring images from both the CHS and NPS collections.

All Aboard! Electric Rail Line to Santa Monica Officially Opens May 20, 2016

It is with great excitement—as suggested in the image above, when Santa Monica greeted the first electric car line in 1896—that Santa Monica welcomes the completed, 6.6-mile, $1.5-billion light rail extension of the Expo Line on May 20. Seven new stations link the existing station in Culver City to our Pacific shore.

"Great cities are not made by automobiles, freeways and high rises. Basically, they are made by open spaces and the people who use the open spaces.”
—Lawrence Halprin, c. 1987

It started in the 1950s with plans to revitalize an impoverished area of downtown Los Angeles. Bunker Hill—settled in the latter half of the nineteenth century—was once a cluster of grand Victorian mansions for the upper class. But as residents sprawled in all directions along with the city’s development in the new century, the area succumbed to poverty and neglect. By mid-century, a massive redevelopment project promised to transform Bunker Hill into a vibrant, modern place of buildings and plazas.

Development continued throughout the following decades. In 1980, a new proposal for revitalization of the Bunker Hill area, known as “A Grand Avenue,” was offered by the Maguire Brothers for a competition sponsored by the Los Angeles Community Redevelopment Agency. The Maguire Brothers drew from a diverse group of architects and designers, including the architect Frank Gehry and the landscape designer Lawrence Halprin.

Although Maguire Brothers was not awarded the project, its plan became the foundation of development for the next 12 years. Lawrence Halprin lent his own visions to these public spaces in downtown Los Angeles. “In my case,” he explained in his book A Life Spent Changing Places, “I often found that when I lost one competition or opportunity, another opened up in the same place or with the same client.”

These designs are responsive to the topography, embellished with public art, and reflect the context of the region through materials that allude to the natural environment and past cultural influences. They also express Halprin’s impressions of the Southern California landscape and its unique cultural history.

Crocker Court (Wells Fargo Court)
Completed in 1983 with architects Skidmore, Owings and Merrill and sculptor Robert Graham, the space is Halprin’s only atrium design. Conceived with developer Robert Maguire as “an urban, indoor Garden of Eden,” the interior public space was designed to display Modern sculpture. It is the only Halprin project where the landscape design, including the fountain, is subservient to the sculpture designed by Robert Graham . . . and other artists including Joan Miro and Jean Dubuffet . . . .

The fountains, channels, and runnels provide the sound of running water throughout the garden. Many of the plants have been changed in recent years. They were originally planted in different sizes and scales to one another with the intent of humanizing everything in the room. With this illusionistic goal in mind, Graham was commissioned by Halprin to create four sculptural centerpieces for the fountains. Each sculpture is of the same athletic female figure in different gymnastic stances, slightly smaller than life size.


Bunker Hill Steps
Completed in 1987 with architects Pei Cobb Freed Partners and developer Robert Maguire, this grand stairway and water garden was designed by Halprin to link downtown Los Angeles to the newly developed Bunker Hill section of the city. Postmodern in style and reminiscent of Rome’s Spanish Steps, the steps are choreographed as an urban experience similar to a city street, complete with terraced landings, retail shops, and outdoor cafes with a range of activities for relaxing, dining, or shopping. The terraces can be accessed by stairs or escalator. A “museum wall,” displaying sculptured grottoes and fountains, bounds the steps on one side while the other side curves around a seven-story building.

The staircases are bisected at the center by a raised, rocky ravine, with water cascading downward to a small basin at Fifth Street. They are edged with flowering trees, shrubs, and perennial plants, which also serve to frame views and screen the escalators. The bronze sculpture Source Figure by Robert Graham was added near Hope Place in 1992.

Maguire Gardens (Los Angeles Central Library)
This project is unique in Halprin’s body of work, one of the only projects where a new design also addressed lost historic landscape features from an earlier era. Completed in 1988 with preservation architects Hardy, Holtzman + Pfeiffer, developer Robert Maguire, and several visual artists, the gardens are linked to the Bunker Hill Steps by a pedestrian and mid-block crossing. The space, occupying a former parking lot adjacent to the Central Library, was intended to be a passive public park, with a restaurant, outdoor dining terrace, fountains, pools, overlooks, site-specific public art, and a generous lawn. These elements, Postmodern in style, all contribute to a dignified setting for the iconic Egyptian Revival library building, originally designed by Bertram Goodhue in 1926.

Halprin not only restored and drew inspiration from Goodhue’s stepped reflecting pool, but extended it westward from the Central Library to South Flower Street. Building on this central spine, Halprin employed pools and associated axial walkways to spatially organize new outdoor rooms and guide people’s movements. The art in the garden was designed by Jud Fine (reflecting pools, grotto fountain) and Laddie John Dill with Mineo Mizuno (Font Fountain).

Grand Hope Park
This Halprin-designed 2.5 acre park, completed in 1993 with the Jerde Partnership architects, anchors the southern end of the Network and serves as a gateway to the South Park residential, cultural, and commercial district. The park’s plan also incorporates the Fashion Institute of Design and Merchandising campus. Unique among the Open Space Network projects, this park’s client was the Community Redevelopment Agency. The center of the rectilinear park is occupied by a large lawn with a curvilinear path and edged by vine-covered pergolas, a children’s playground, and public art. The southern end of the park is more structured, with smaller lawn panels and benches set within wide paved terraces.

“‘Memorable’ and ‘intense’ and ‘passionate’ are words that I prefer to ‘pretty’ when I’m making places for people.”
—Lawrence Halprin, 1991

Learn more about Lawrence Halprin at the California Historical Society’s exhibition Experiments in Environment: The Halprin Workshops, 1966–1971 (January 21–July 3, 2016)—funded by the Walter and Elise Haas Fund, the Lisa and Douglas Goldman Foundation, and the John and Marcia Goldman Foundation—and at http://experiments.californiahistoricalsociety.org/blog/.

The New Yorker, Music, and California in the 1960s

Yesterday, the August  The New Yorker magazine reviewed two new books that have deep relevance for our understanding of what happened in the Bay Area (and California) during the 1960s and how what happened then is critical to understanding our world now, 50 years later.

The first book reviewed is Jesse Jarnow's Heads: A Biography of Psychedelic America. The review notes that LSD is deeply connected to the development of the Silicon Valley we know today as well as the culture of San Francisco in the mid-60s, drawing connections between what psychoactive drugs meant then and what they could mean today. 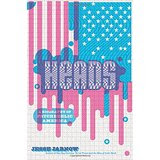 The second book, meanwhile, is a new anthology of the writings of Ralph Gleason, the famed Bay Area music writer who wrote pioneering coverage of San Francisco's jazz and rock scenes in the 1950s and 1960s and helped found Rolling Stone magazine (where Jarnow is a contributing writer).  The review notes, the book (Music in the Air: The Selected Writings of Ralph J. Gleason) contains among "the most revealing and insightful writings about the sixties, and about American culture at large." 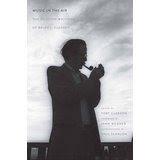 One thing the two books have in common, besides the focus on San Francisco, is: rock music. Jarnow writes about the critical role of the Grateful Dead in his book while the book on Gleason (edited by his son) is nearly totally dedicated to writings on music, from jazz to rock. But far more than the just music. Gleason (like Jarnow with the Dead) "understood...that music was like philosophy in motion, and he recognized that it had unleashed ideas of radical power and historic import..."
at Wednesday, May 18, 2016 No comments:
Email ThisBlogThis!Share to TwitterShare to FacebookShare to Pinterest
Labels: 1960s@50, California, Music, San Francisco, Summer of Love

Bison, Our National Mammal, at Home on California’s Catalina Island

Bison, which once freely roamed the American West, has risen to a new prominence since President Obama signed the National Bison Legacy Act into law last week on May 9. The legislation designates the American bison as the national mammal of the United States.

Often confused with buffalo, according to Live Science magazine bison were called “bufello” by early American settlers due to some similarities between the American bison and the Asian and African buffalo species. Native to the Great Plains, American bison found their way to the isolated Santa Catalina Island—a 22-mile island off the coast of southern California—in 1924.

In the illustrated story below, we celebrate the elevated status of these dark furry mammals in our state and nation.
Read more »
at Tuesday, May 17, 2016 No comments:
Email ThisBlogThis!Share to TwitterShare to FacebookShare to Pinterest
Labels: Bison, Catalina Island

The Golden Spike and the Golden State: Railroading in California

“The angle from which you view any object, the perspective you bring to any subject, the way you perceive any issue or idea, conditions and regulates your judgment, attitude, or feeling about whatever is under observation. Indeed, everything depends on your point of view.” —Janet Fireman, “From the Editor: Point of View,” Railroaded, California History 89, no. 1 (2011)

The story of railroads in the West is a complex stew, often fraught with contradiction, where one’s perspective of people, events, and the relative merit of a particular railroad shifts with time.

This month we note the 147th anniversary of the completion of the first transcontinental railroad, at the same that Californians grapple with the benefits—or not—of a new high-speed railroad that will link northern and southern California.

This Day in California History
The Chinese Exclusion Act: A Haunting Legacy

The Chinese Exclusion Act—our nation’s first law banning immigration on the basis of race and nationality—marked the beginning of a 60-year era of Chinese exclusion litigation. As some historians have pointed out, it “helped to shape twentieth-century United States race-based immigration policy.”