Today we showcase a few Mead Paper advertisements from the early 1950s. These advertisements were originally featured in Better Impressions, the journal of the Mead Corporation, a paper company dating back to 1846. 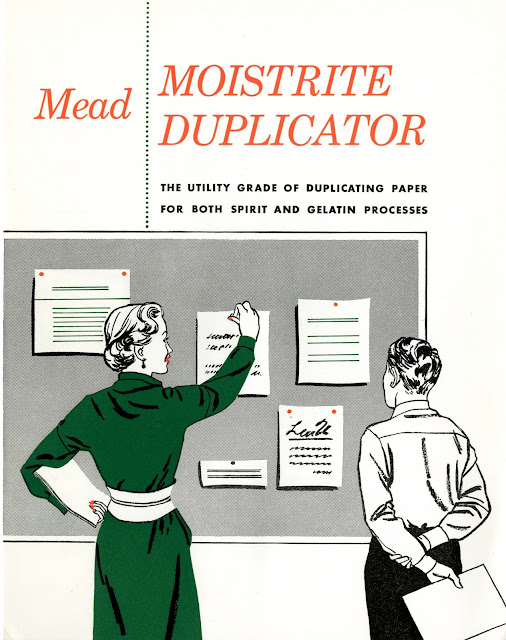 On the bitter cold, wind-swept desert floor in 1969 there occurred an event of the profoundest and most singular importance. In retrospect, that morning and the whole of that day assume for me and for vast numbers of Japanese Americans the proportions of a mystical experience, the rebirth of a whole generation of Americans who were wronged by events that took place over a quarter century before.

In 1972 the California Historical Society opened a landmark photographic exhibition titled Executive Order 9066. At the time, the 1942 government order cited in the exhibition’s title, and the imprisonment of Japanese residents from the West Coast in so-called “internment camps” during World War II, was virtually unknown outside the Japanese community. Within the community, the subject was rarely spoken of—a source of shame and tragedy for the families involved. As the Densho Encyclopedia has observed, with the opening of the exhibition and the publication of its eponymously titled book—part of a resurgence of interest in the topic in the 1970s inside and outside the Japanese American community—the era of silence would end.

The Golden State and the City of Light 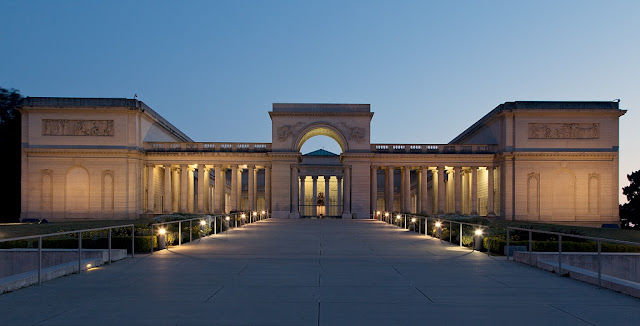 France and California have a long and historic relationship, which began in the 18th century when French artist Gaspard Duche de Vancy traveled to California by sea, later painting the landscape of the future state in 1786.  In 1832 Jean-Louis Vignes purchased 104 acres of land between the Los Angeles Pueblo and the Los Angeles River, where he established a successful vineyard, becoming California’s first commercial winemaker.  In the mid-1840s the first French Consulate was established in Monterey. 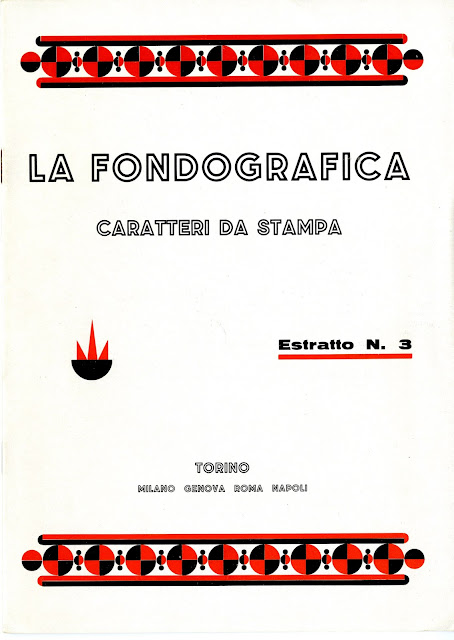 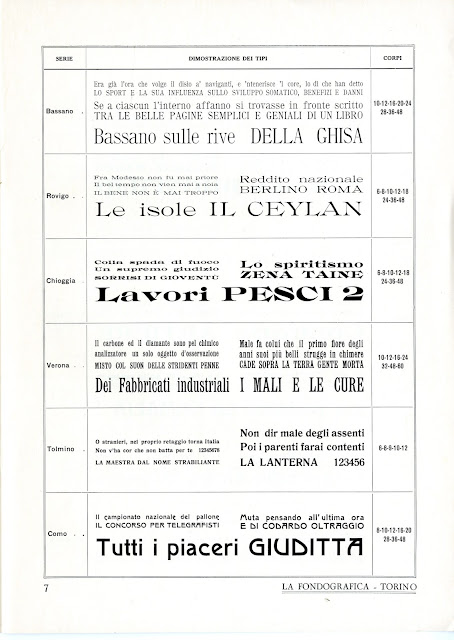 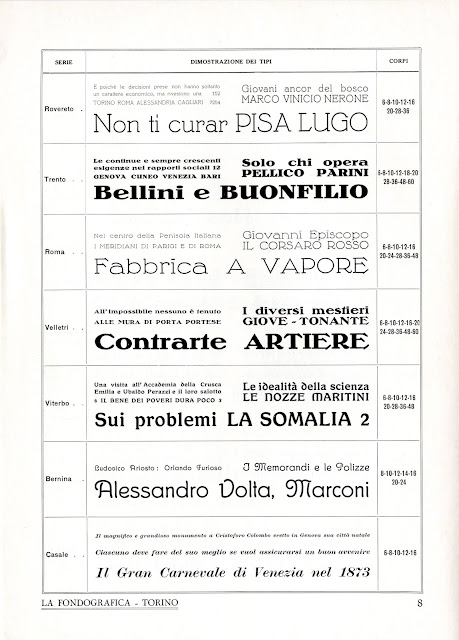 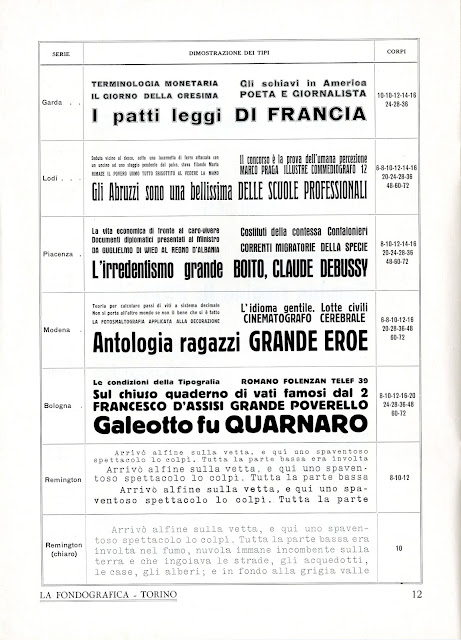 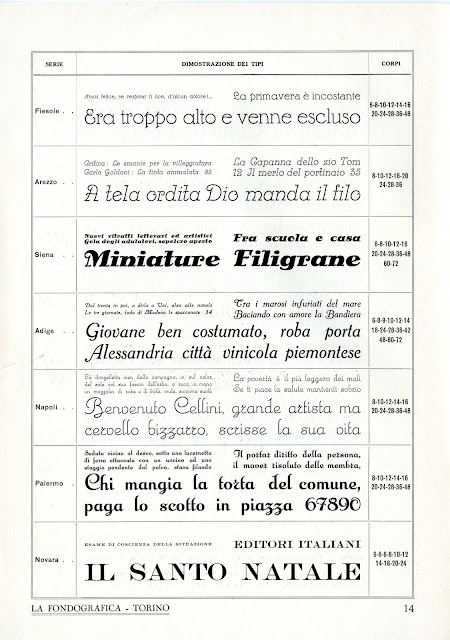 
at Tuesday, November 17, 2015 No comments:
Email ThisBlogThis!Share to TwitterShare to FacebookShare to Pinterest
Labels: Type Tuesday 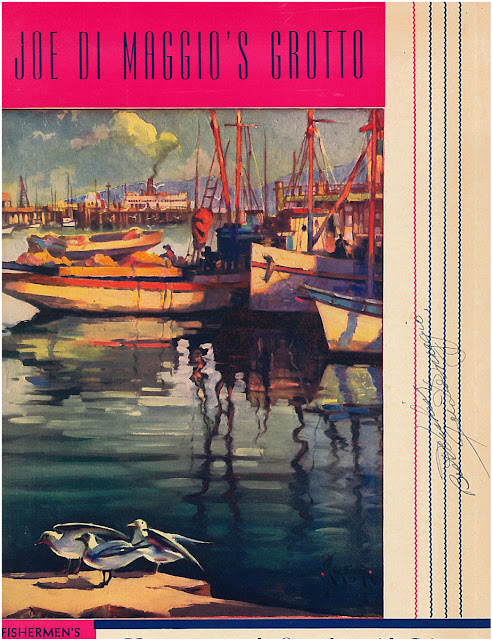 The delayed start of crab season in the San Francisco Bay Area due to toxins from an algae bloom has denizens of the delicious Dungeness near tears. Late fall crab feeds are practically part of the DNA of many northern Californians.

An Ode to the San Francisco-Oakland Bay Bridge

On the evening of November 14, 1936, in celebration of the opening of the new Bay Bridge, a grand parade was held on Market Street, complete with a “history of bridges” theme. Everything from “man’s first bridge” to Paris’ Pont Neuf was featured in the cavalcade. To have finally linked the East Bay with San Francisco was a momentous occasion, to be sure. 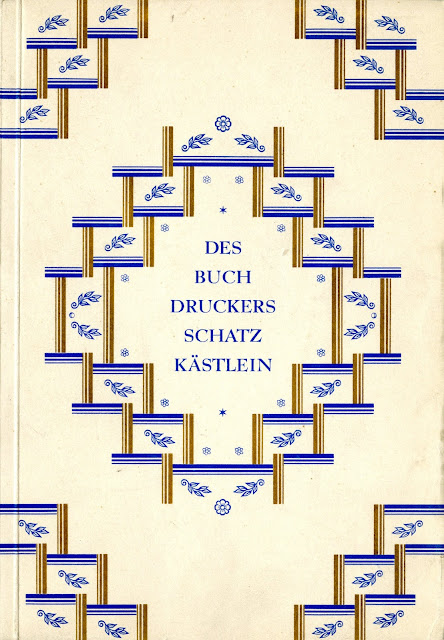 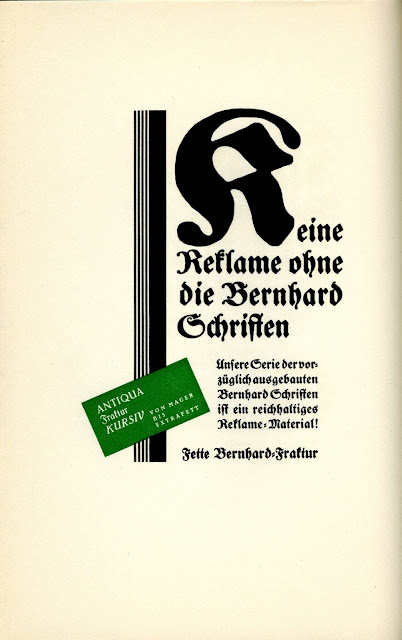 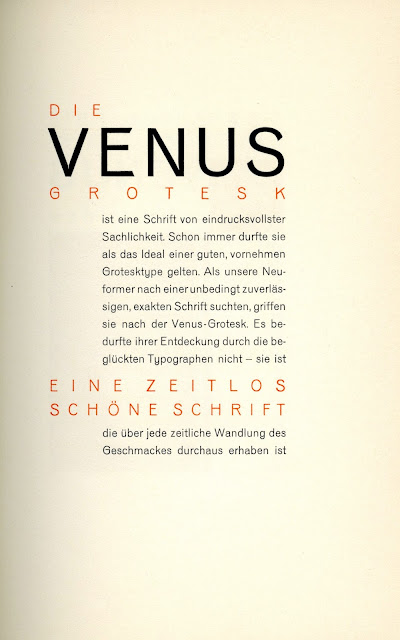 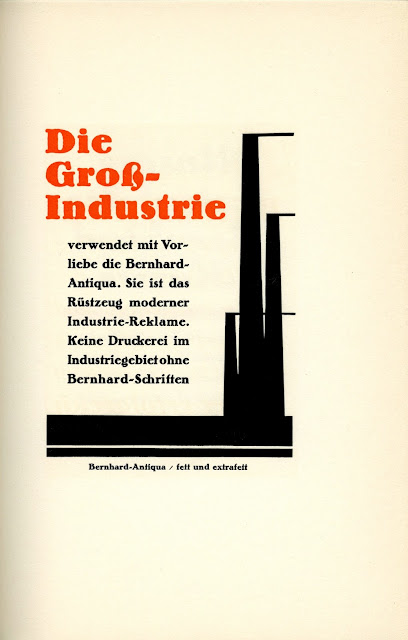 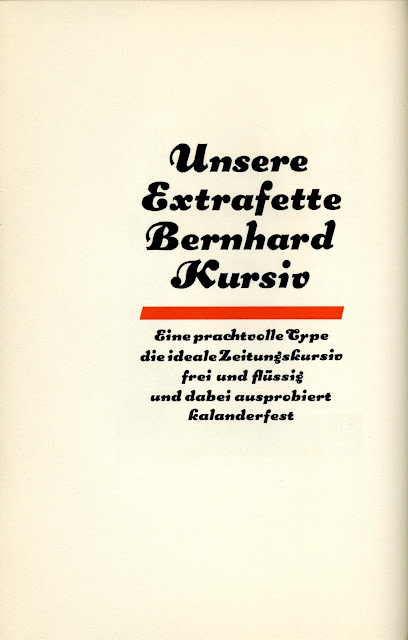 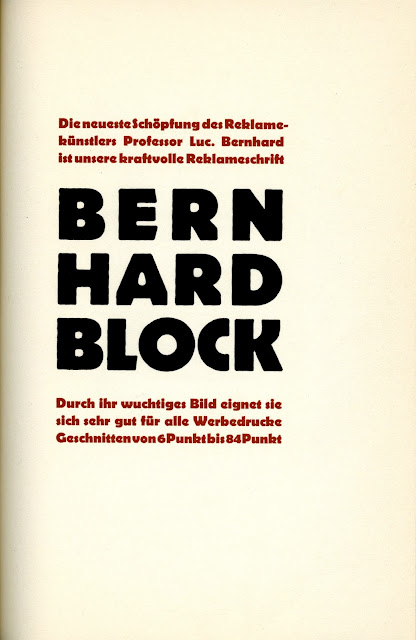 at Tuesday, November 10, 2015 No comments:
Email ThisBlogThis!Share to TwitterShare to FacebookShare to Pinterest


THE PALACE OF FOOD PRODUCTS

Described as the “temple of the tin can and the food package,” the Palace of Food Products truly could have been nicknamed the “Castle of Cuisine,” the “Stronghold of Sustenance,” or, as a local humorist dubbed it, the “Palace of Nibbling Arts.” Patrons crowded the booths where they could fill up on a variety of free samples, many produced on-site. One young lady wrote to her grandmother, “There are all sorts of demonstrations of jello, shredded wheat, canned fish, crackers, and so on, so that if you had patience enough to wait for the talk and then nibble a thimbleful of food, you really could get quite a meal in time.” (1)

Read more »
at Monday, November 09, 2015 No comments:
Email ThisBlogThis!Share to TwitterShare to FacebookShare to Pinterest 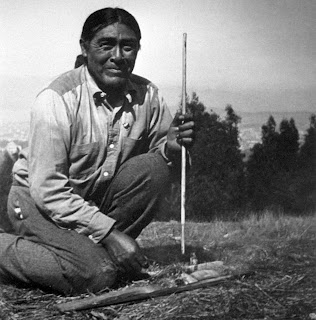 On Thursday, December 5, physicist Carl Haber will visit the California Historical Society for the organization's final program in its 'Historic Techniques' series. And the series couldn't end on a higher note than by featuring Haber, a MacArthur 'Genius' award winner for his IRENE/3D project.

Below is an excerpt from a piece by Haber in Physics Today that discusses his unique approach to his work.


With the help of techniques first used by particle physicists decades ago, scientists and archivists are preserving our precious aural heritage. Historic sound recordings of the late-19th and early-20th centuries represent a small but diverse snapshot of the world, taken as a great transition was under way. The age of information technology was arriving, and at the same time, traditional experiences and ways of life were being displaced, transformed, or eliminated. In the research sphere, first-generation anthropologists, linguists, and ethnographers—among the earliest researchers to adopt sound recording as a tool for scientific fieldwork—captured bits of that global transition. Instrumental and vocal performances that earlier could only be experienced live—in a theater, a church, a parlor, or by a campfire—could now be experienced over and over; the result was a huge increase in the appreciation and creation of musical and related performing arts. The heroic inventors of recording technology left us their experimental recordings, their apparatus, and their notes, documenting their creative process and the emergence of a modern technology. Early recorded sound is consequently a world treasure.
Nowadays most recorded sound is stored on digital media, but initially sound was stored analogously on a great variety of materials, including foil, lacquer, metal, paper, plastic, shellac, and wax, and in photosensitive emulsion. Recording formats included a variety of undulating grooves, latent images, and polarizations. Also wide ranging are the forms of degradation and damage, including abrasion, breakage, chemical decomposition, delamination, dirt, fading, mold, overplaying, oxidation, peeling, and warping.
The preservation and restoration of sound recordings must deal with all the factors described above and, not surprisingly, presents unique challenges. Several of us at Lawrence Berkeley National Laboratory, working in close collaboration with the Library of Congress and others, have studied the problem and developed some solutions. The work described in this Quick Study has allowed researchers and the public to listen to a variety of “unplayable” key historical documents. Still, many media and modes exist that remain to be addressed, and our work is far from done.
To learn more about Haber and his work, register for the CHS event, HERE.

at Thursday, November 05, 2015 No comments:
Email ThisBlogThis!Share to TwitterShare to FacebookShare to Pinterest 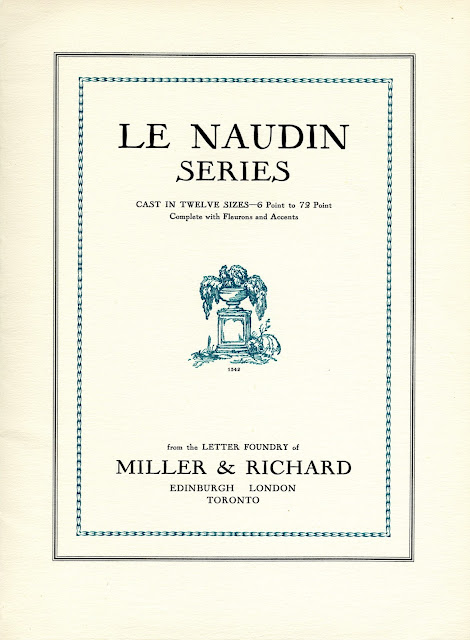 Today we showcase Le Naudin series from the letter foundry of Miller & Richard. 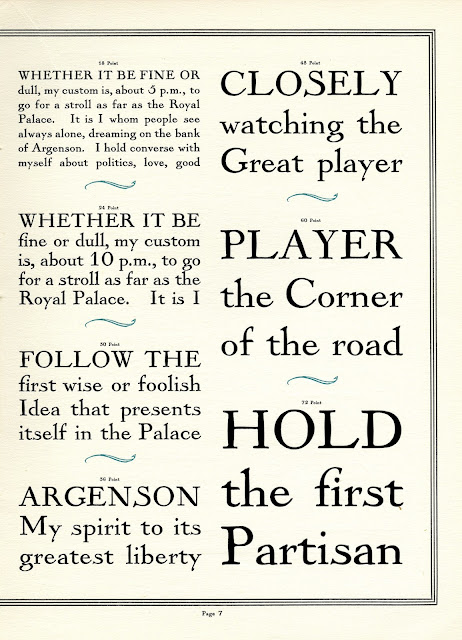 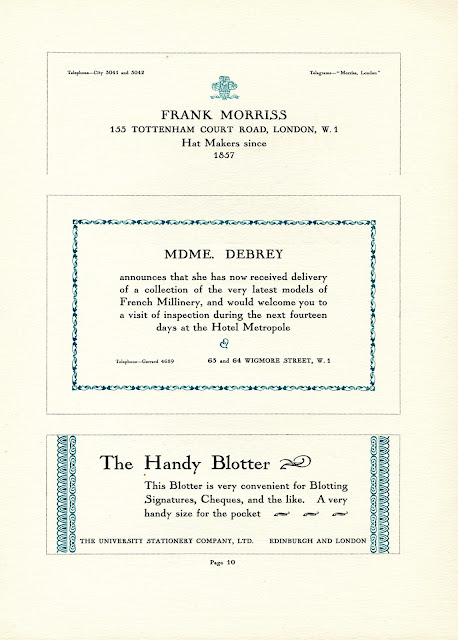 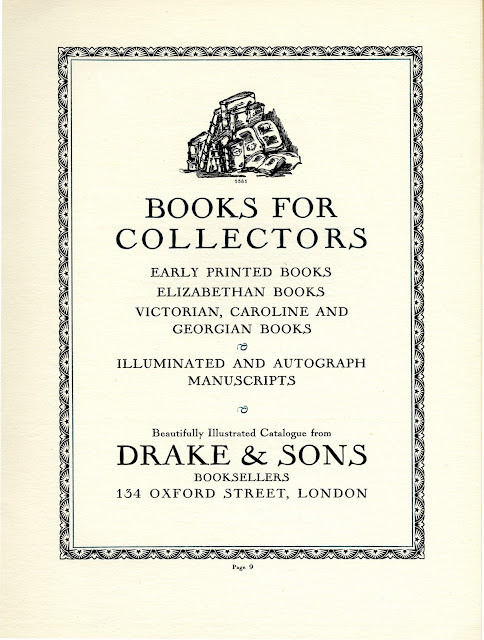 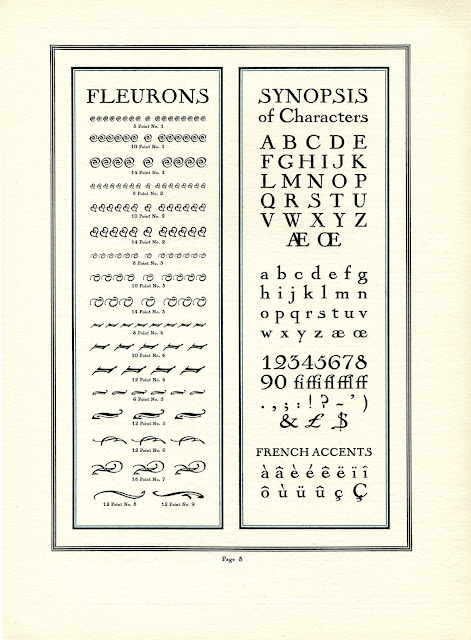 Yes, Virginia, We Have Another Election Coming Up

Voters in many parts of California face another Election Day on November 3 that few are aware of and in which even fewer will participate. We won’t be electing a president or governor, but voters throughout California will be deciding local, nonpartisan issues—such as mayor and sheriff in San Francisco, school board members in Palos Verdes and El Segundo, and local taxes in Hermosa Beach and South Pasadena.