When people find out that I desire to live not in the Mission district or Hayes Valley, but someplace much further away—someplace that is cloudy every morning and evening—the first thing they ask is why?
The concern is understandable. Though, to understand why the Richmond District is so great you need to immerse yourself in its fascinating history.

Here are my primary reasons for living on the West side of San Francisco:

Number One:  Golden Gate Park.  A five minute walk takes me from my doorstep to a peaceful wooded oasis. Of course this cultural landscape didn’t come to be naturally. It took much work to transform the land from sand dunes into what is one of California’s most beloved and notorious outdoor spaces.
Before 1865, the area of Golden Gate Park, along with the Richmond and Sunset Districts, was known as Outside Lands. It was not part of the city of San Francisco for a reason: It was an undesirable and unruly landscape of sand dunes and scrub. Though, in order for San Francisco to satisfy its growing population Outside Lands was annexed in 1866.

In 1870 William Hammond Hill—field engineer and project commissioner—began working on the topographic map of the 1,017 acre park. By 1875 there were 60,000 trees planted, including the most notable Blue Gum Eucalyptus and Monterey Pine. Four additional years added another 155,000 trees.
Not only is the landscape architecture and the habitats it has nurtured beautifully luscious, there are also endless activities to enjoy in the park. The Encyclopedia of San Francisco eloquently states that many people visit the park, “but only a few know of all the rich nuggets that it harbors.” The big attractions consist of the Japanese Tea Gardens (presented for the California Midwinter International Exposition in 1894); San Francisco Botanical Garden (completed in 1937); De Young Museum (opened in 1921 and rebuilt after the 1989 Loma Prieta earthquake in 2005); the Academy of Sciences (established in 1853 and rebuilt in 2008); and my favorite—the rose garden (added in 1961). Golden Gate Park once had tremendous wildlife roaming its lands, including moose, caribou, antelope, zebras, elephants, kangaroos, ostriches and peacocks. In 1927 those animals were moved into the San Francisco Zoo, but the buffalo still remain!

The Conservatory of Flowers, 1910

The park also hosted tent refuge for thousands of misplaced people after the 1906 earthquake. By witnessing the open space Outside Lands provided, many of those citizens decided to remain and make a home for themselves. From then on the Sunset and Richmond district communities developed their distinct identities as we know them today.
Number Two: New Chinatown. Housed in the Inner Richmond, it is a San Francisco gem. Near 6th and Clement Street the neighborhood is filled with Chinese markets, restaurants and cafes. However it is not just a Chinese hub. The chances of finding Thai, Russian, Indian, Italian, Irish, Burmese, French and American cuisine all on one street are highly probable. Some of my favorite places include the literary-wonderland Green Apple Books, Toy Boat dessert café, Burma Superstar, and the Blue Danube coffee house.
But just how did the Richmond district develop into what it is today—a place that is full of mini neighborhoods with culturally vibrant identities? We can attribute its character to Australian George Turner Marsh, who was a man captivated by Japanese culture. When he moved to San Francisco around 1876 he opened a shop named G.T. Marsh and Company: Japanese Art Repository in the Palace Hotel off of Market Street. It was one of the first Asian-art galleries in the United States. With the success of his business, Marsh built his home at 12th and Clement Street. He named it the “Richmond House” after his birthplace in Richmond, Australia. His home was of a fashion unlike anything at the time. The Western Neighborhoods Project describes it as such:

The residence was large and elegant, and on the land around it Marsh installed a garden and ornamental stream, orchard, carriage house, stables, quarters for servants, and chicken pens. Marsh raised carrier pigeons, and would always carry a couple with him when he rode on horseback to work downtown. In the late afternoon he would send a bird home with a message for his wife about when he'd be home, and if he planned to bring guests for dinner. 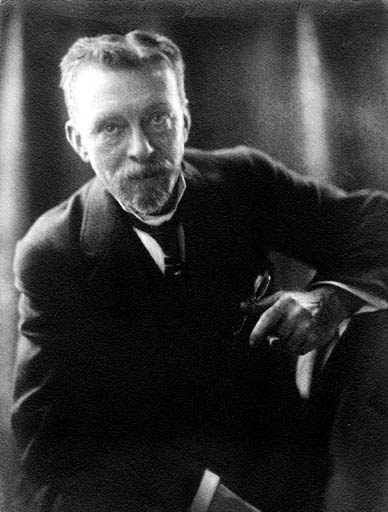 Given the prosperity and respectability of Mr. Marsh, a vote in 1890 brought the Richmond District name into existence, yet it remained unofficial. It was thought that naming it after Marsh’s prominent estate would entice more well-to-do investors into the newly graced district. The name was used throughout the 20th century but it was not until 2009 that the official title changed from Park Presidio District to the recognized Richmond District. 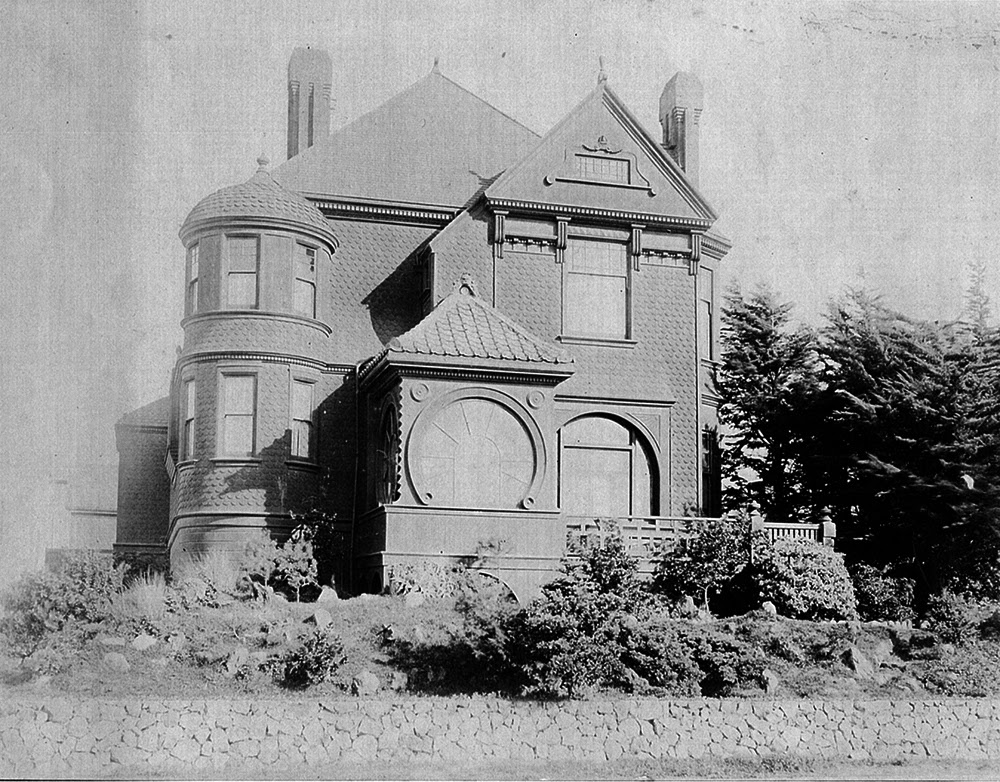 To learn more about how the Richmond District’s name came to be, the Western Neighborhoods Project has a detailed article you can read here.

Number Three: Ocean Beach. Its wonder is found in its simplicity. “Picture a 3.5-mile stretch of white beach with few tourists and no highrises. It's just you and the waves and the seabirds at Ocean Beach.” The National Parks Conservancy does not falsely advertise these facts. Though, there was a time past when people made the trek out to Ocean Beach for more than just its natural beauty; it was a land filled with abundant amusements and sweet pleasures.

Ocean Beach prior to the construction of Playland Amusement Park, 1900

Surely you’ve heard of the Cliff House? Built in 1863 by Senator John Buckley and C. C. Butler, the original Cliff House was not as grand as its predecessors. It began as a residence but by 1868 a restaurant was added and renovations made it a place for high society. Later it became a tourist oasis.
The Cliff House has been through some rough times. In 1887 it was damaged by an abandoned schooner filled with dynamite that met its fate upon the tumultuous coastal rocks beneath. The blast was large enough to be heard across the Bay Area. The Cliff House remained thereafter with only minor repairs, but a chimney fire in 1894 ultimately burned it down.

In 1896 Aldoph Sutro spent $75,000 to rebuild the Cliff House into a Victorian eight-story mansion. Though not a hotel, it did boast much entertainment space. After Sutro’s death in 1898 the Cliff House was leased to John Tait and partners. Tait made many extensive renovations.  However, that same year the beloved Cliff House once again burned to the ground.

The third Cliff House was built in 1909 by Sutro’s daughter, Dr. Emma Merritt, as well as John Tait and his investors. They spent $75,000 in memory of the past Sutro Cliff House, but instead of making it equally grandiose they chose neo-classical.

During prohibition the Cliff House was closed for several years.  In 1946 the Camera Obscura--known as San Francisco’s Giant Camera--was added onto the Cliff House property. Built by Floyd Jennings, the camera is placed “as far west as you can go in San Francisco,” according to the Western Neighborhoods Project. (It is now one of the few relics left from the Playland-at-the-Beach Amusement Park.) In 1977 the Golden Gate National Recreation Area finally acquired the Cliff House that we know today.

Ultimately the history of Ocean Beach (and all of Outside Lands for that matter) is endless. I could continue on and on about the Sutro Bath Ruins, Lands End, and other treasured spots. But I’ll leave you, dear reader, to discover those for yourself. Go find the history that awaits you in the present day Richmond and Sunset districts of San Francisco, California.

Words by Andrea Dumovich--Guest Concierge for the California Historical Society