June celebrates National Dairy Month! Originally started in 1937 as National Milk Month the tradition grew to celebrate all the contributions of the dairy industry including butter, cheese, yogurt, and ice cream in addition to milk. 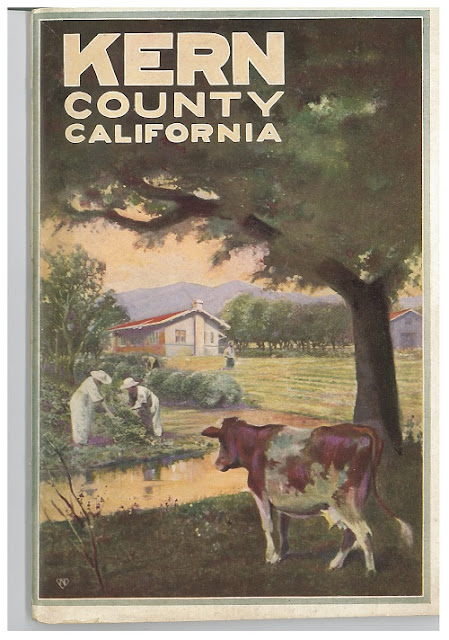 Early dairying in California was rare. Cattle were prevalent but mostly used for beef, leather and tallow. Mission Indian women did make a soft cheese and butter that sustained missionaries in times of need but primarily the diets of the Dominican and Franciscan missionaries and the native population did not have the same great taste for milk, butter or cheese that came with the arrival of early pioneers from the Eastern states. Many families arriving in California from their overland journeys from the East brought along their family cow. In their new California home they continued the tradition of supplementing meals with milk, butter and cheese provided by their favored bovine.

In the 1850s Clara Steele settled with her family near San Francisco. She missed the delicious cheddar cheese she enjoyed back in Ohio made from a family recipe, so she hired an Indian man to help her wrangle the cattle grazing near her home. With the milk from these cattle she replicated the cheddar cheese she so loved. The results were so delicious that when she introduced the cheese to the San Francisco market it was an immediate hit! Clara, her husband Rensselaer and cousins Isaac, Edgar and George begin making and selling high quality cheese and butter and start one of the first commercial dairies in the United States, known as Steele Brothers. By 1857 the Steele Brothers were so successful they relocated to a 6,000 acre farm in Point Reyes to expand their dairy operation. In 1861 they purchased 15,000 acres in Santa Cruz County. Here is a tax receipt for the Steele Brothers Santa Cruz County property. Note the 7000 lbs. of cheese at a value of $280.00. 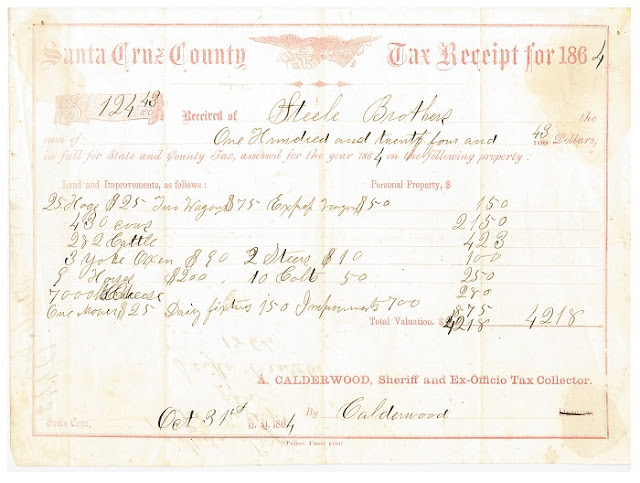 Throughout the 1880s and 1890s dairying becomes less of a rustic enterprise and begins to rely on modernization to allow the booming industry to supply its customers with safe, quality products. Improved farming techniques such as extensive planting and irrigation of alfalfa nourished cows and improved production to meet the needs of the market. In the rapidly growing cities, dairy products could be delivered straight to the customers home or business. 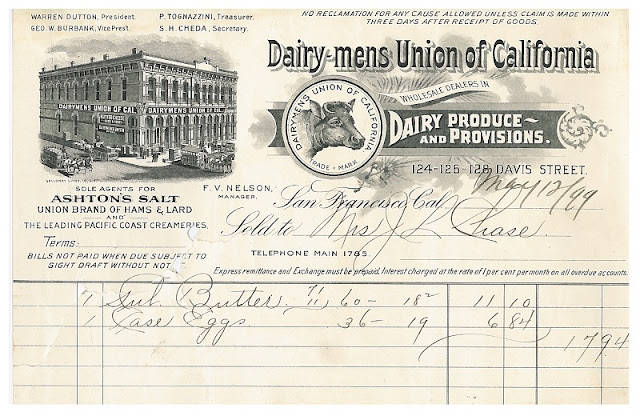 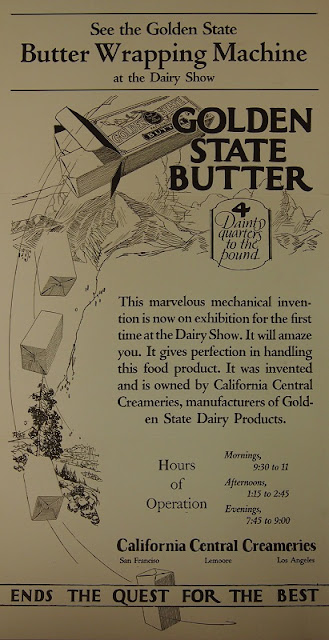 From the dairy industry’s early beginnings, in which a pioneer woman had to wrestle wild cattle just to get a good piece of cheddar, to California’s current status as the nation’s leading dairy producer, dairying has made a significant impact on the economy, landscape and tastes of Californians.