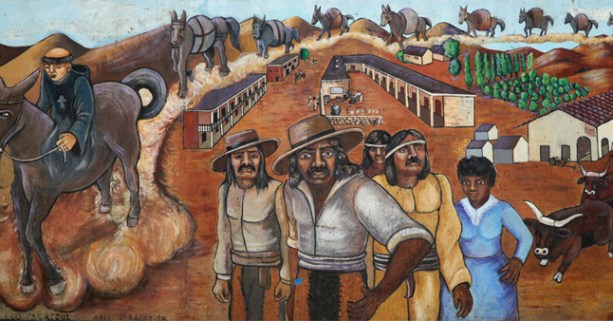 Few may know that more than half of the men, women, and children who in 1781 settled and built the Pueblo of Los Angeles were blacks and mulattos (of African and Spanish heritage).

California at that time was under the rule of the Spanish Empire. These settlers, known as Los Pobladores, were blacks of African ancestry, mulattos, and mestizos (of Spanish and Indian heritage) who immigrated to California from present-day Sinaloa and Sonora in northwestern Mexico.

Eighteenth-century Mexico (then called New Spain) was a place of widespread diversity, a mingling of peoples of Spanish, African, and indigenous descent. The Spanish Empire, in fact, was based on an elaborate hierarchy of identities, the casta (caste) system. Characterized by racial mixing, family lineage, and economic position, among other factors, the Empire sought to continue the system in New Spain.

The image below is one of many casta paintings depicting the race-based social hierarchy that existed in colonial Latin America during the 17th and 18th centuries. It shows the complexity of diverse family units generated from intermarriage in 18th-century Mexico, illustrating male and female couples of varying ethnicities with their mixed-race children. 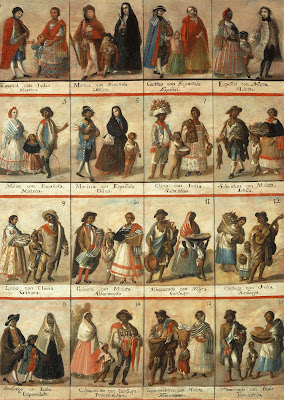 Such casta paintings—designed to glorify the superiority of the Spanish—typically began with a “pure” Spaniard and a “pure” African or Indian mate and their mulatto or mestizo child. The illustrations continued with children born of mulatto and mestiza couples. This image above begins with mestizo couples (top left) and ends with an undefined mixing of Black and Indian ancestry (bottom right).

Though the casta system was influential in Spain, in Alta California—California’s name at the time—it was replaced by a new hierarchy between the settlers and Native Californians. Due to the number of black and mulatto Pobladores, it is likely that the city’s subsequent black and mulatto residents would have established themselves at the top of the social order in colonial Los Angeles.

For example, Juan Francisco Reyes (c. 1749–c. 1800), a mulatto soldier also from Jalisco, arrived in Los Angeles shortly after the pueblo’s settlement and became both its first black and first Hispanic magistrate (alcalde), serving from 1793 to 1795. 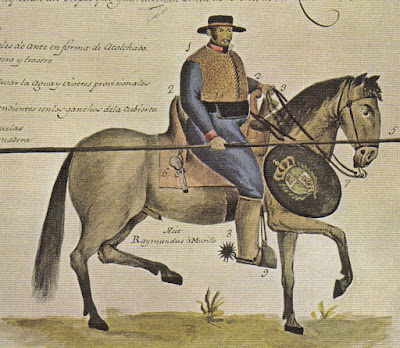 Jose Manuel Nieto (1734–1804) was a mulatto “leather-jacket” soldier in Gaspar de Portola’s 1769 expedition from Mexico. He arrived in Alta California in 1769. By 1784 he was assigned to the Mission San Gabriel, situated along the road the Pobladores took to the Pueblo de Los Angeles. He received one of the largest Spanish land grants in Alta California from the Spanish Empire. 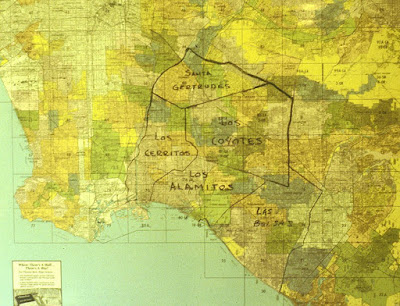 Others are worth the reader’s exploration, such as Pio Pico, the last governor of Alta California prior to U.S. rule; Tiburcio Tapia, a wealthy businessman and recipient of a 13,045-acre Mexican land grant; and María Rita Valdez de Villa, who inherited the 4,539-acre Rancho Rodeo de las Aguas, present-day Beverly Hills, upon her husband’s death. 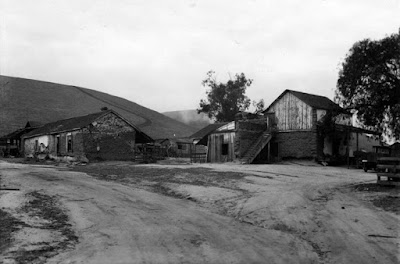 Los Angeles’s black and mulatto population were not legally discriminated against until after California was annexed to the United States in 1848. As Southerners came West with their slaves, and the country debated incorporating California into the Union, a contentious battle ensued as to whether California should be a slave or a slave-free state. Though abolitionists prevailed and blacks migrated to Los Angeles to escape slavery and racial violence, they would face discrimination—in voting, housing, and education, for example—in California and across the nation for over a century. 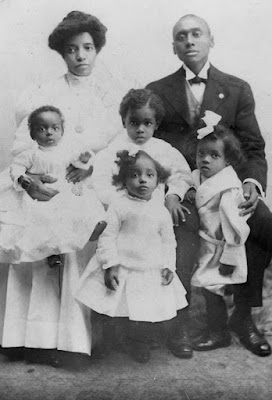 Unfortunately, the Pobladores’s multiracial ethnicity—particularly their African roots—would not be formally recognized until 1981, when a plaque was erected in commemoration of the city’s 200th anniversary that accurately depicted the settlers’ multiracial makeup.

The community-wide effort was led by pioneer librarian Miriam Matthews, Los Angeles’s and the state’s first black librarian. In an oral history, she explained: “That was my top priority: a proper founders monument to be erected in the plaza, in the State Historic Park, which is near Olvera Street.” The plaque honors the founders of Los Angeles, listing them by name, race, sex, and age. Twenty-six of the 44 founders are of black and mulatto descent. 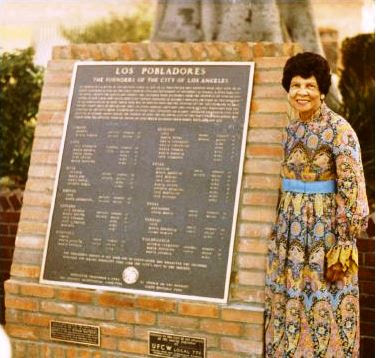 at Tuesday, February 14, 2017
Email ThisBlogThis!Share to TwitterShare to FacebookShare to Pinterest