Labor in San Francisco – Before and After 1915 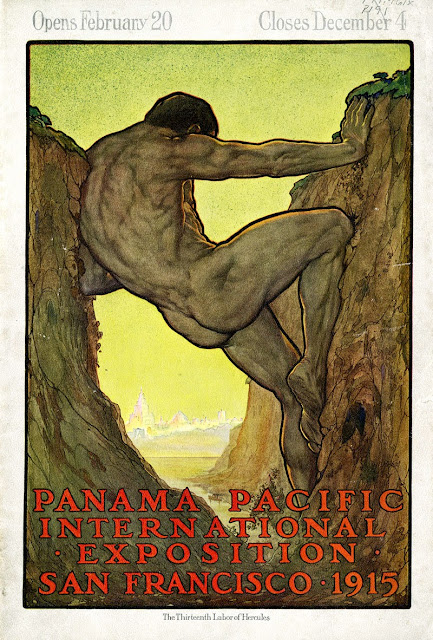 Sixty years after “the world rushed in” to California seeking gold in 1849, the working men and women of San Francisco responded to the disaster of 1906 by rebuilding their city in record time. Join us for a panel discussion on the city’s distinctive labor and working class history from the “Gay 90s” to the Panama-Pacific International Exposition (PPIE) and beyond to the “Roaring 20s.”

On May 28, a panel of historians will convene at the California Historical Society to explore the distinctive labor and working-class history of the city before and after the PPIE as working men and women shaped the language and the outcome of debates over how to define the common good in an internationally famous city in an exceptional state, California – the Golden State.  Named by Spaniards after a mythical Queen Califia who ruled over a tribe of fierce Amazon warriors, the Ohlone people described it as a place where “you dance on the edge of the world.” James Duval Phelan, the San Franciscan who served as city mayor and later as US Senator once put into words what millions of the state’s residents and visitors have felt about the place. “If I owned both Heaven and California,” Phelan said, “I would rent out Heaven and live in California.”

The panelists will illuminate ways that the story of San Francisco labor was a distinctly California story. They will draw on their own original research and the work of other historians to describe ways that the working men and women of San Francisco contributed to California’s exceptional qualities since the Gold Rush of 1849. The English aristocrat James Bryce wrote in 1888 that “more than any other part of the Union, [California] is a country by itself.” It is perhaps not surprising that the story of labor in San Francisco history would be distinct from, rather than a copy of, the patterns we associate with East Coast and Midwest big cities. As journalist and critic Carey McWilliams wrote in his book The Great Exception, “California is not another state: it is a revolution within the states.” McWilliams had a point, but he would have been even more accurate had he written that California “is not just another state.”

Perhaps a more useful way to think about California and its “peculiarities” as the largest and arguably most important of the Western states, would be to say that California is not just another state, it is the United States but more so. Ever since that day in January 1848 when Marshall picked those pieces of gold out of the raceway of John Sutter’s sawmill, the diverse people of California have often been the first to embrace, and frequently in a more exaggerated fashion, the social, cultural, political, and economic innovations that eventually caught on “Back East”, “Down South”, or in “the Midwest.” This insight applies to San Francisco labor as well as to the city’s history more generally.

Barbara Berglund, author of Making San Francisco American: Cultural Frontiers in the Urban West, 1846-1906 will discuss how San Francisco’s fairs have often served as both flashpoints in the city’s labor relations and platforms for labor politics -- from the Mechanics’ Institute’s yearly fairs, held from 1857 to 1899, which were organized around the theme of progress, promoted a harmony of class interests, but also emphasized the dignity of all labor to the 1894 California Midwinter International Exhibition, which faced juggling a celebration of industrial capitalism with the widespread unemployment generated by the Panic of 1893 to the PPIE, with its gulf between what its Pax Panama Pacifica, designed to quell labor disputes, meant for skilled craftsmen versus the unskilled service workers whose labor was necessary for the day-today operations of the fair.

Bill Issel, coauthor with Robert W. Cherny of San Francisco, 1865 – 1932: Politics, Power, and Urban Development, will provide an overview of labor in the city before and after the PPIE, highlighting the role of Catholic faith-based activism in San Francisco’s labor and working class history from 1890 through the 1930s. Drawing on his latest book, Church and State in the City: Catholics and Politics in 20th Century San Francisco he will describe some of the many innovations in the labor movement, labor relations, and labor-related public policy that San Francisco Catholics created as they cooperated with, competed with, and sometimes accommodated to a variety of other San Francisco interest groups in the political give and take that marked the city’s history from the 1890s through the 1930s.

Sue Englander will discuss what historian Dorothy Sue Cobble has termed “the other women’s movement,” that of working-class and union women. These labor activists and leaders believed that the union movement was the most effective vehicle for women’s rights – the rights of the workplace as well as the wider world. She has studied the wage Earners’ Suffrage League, a woman suffrage organization based in San Francisco that developed branches in five other cities. Union allies such as millionaire Maud Younger supported women’s rights advocates from Waitresses Union Local 48 and the Steam Laundry Workers Union to promote the vote for women, the eight-hour day, the minimum wage, and labor organizing for San Francisco and California women workers. Sue will talk about this significant organization, its conflict with mainstream suffrage groups, and its legacy of female union leadership and action which provided a critical edge for the successful California 1911 election and added woman suffrage to the California constitution.

Labor in San Francisco – Before and After 1915 will take place on Thursday, May 28 at the California Historical Society. Purchase tickets here: sflaborhistorythenandnow.eventbrite.com

at Wednesday, May 20, 2015
Email ThisBlogThis!Share to TwitterShare to FacebookShare to Pinterest